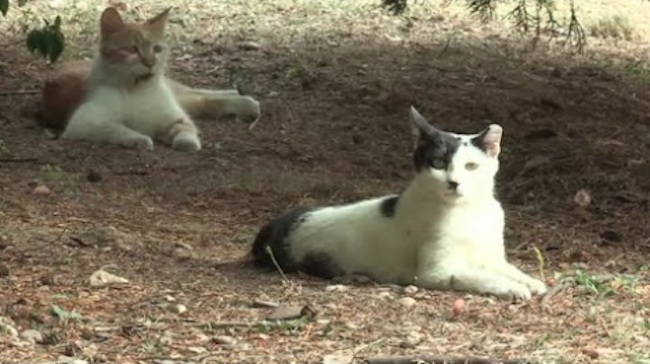 Park Seon-mi, head of the Korean Organization for the Protection of Cats (KOPC), said on February 18 that law enforcement’s failure to take up investigations into allegations of animal cruelty in earnest have rendered pointless existing laws criminalizing animal abuse. (Image: Yonhap)

GIMCHEON, Feb. 19 (Korea Bizwire) — “Around 40 cases of animal cruelty are reported nationwide every month, but the police are mostly indifferent.”

Park Seon-mi, head of the Korean Organization for the Protection of Cats (KOPC), said on February 18 that law enforcement’s failure to take up investigations into allegations of animal cruelty in earnest have rendered pointless existing laws criminalizing animal abuse.

Park revealed that her organization has in the past six months been tracking the perpetrators behind the barbaric slaughter of five cats, but with little success.

Details of the gruesome killings include street cats executed and hung on the outer wall of an apartment building, tails chopped off for no apparent reason, and reports of severed cat paws found in food dishes for strays managed by animal lovers.

One case in particular, that of a blatant butchering of four street kittens that is believed to have taken place last month and the police’s response to the incident, has illuminated law enforcement’s indifferent attitude towards animal welfare.

Over a week, the four kittens – all part of the same litter – were put to death with an electric chainsaw or grinder in an open plot of land by an apartment residential complex.

A veterinarian who had access to photos of the scene taken after the bloodbath surmised that the animals had been captured using poisonous substances before being taken to the guillotine. 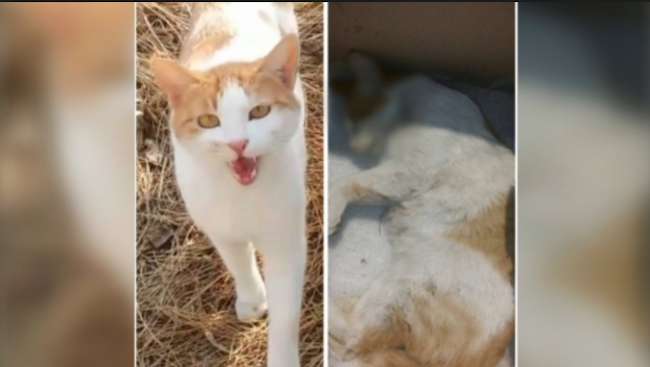 An abused cat, unrelated to the kittens in the story (Image: Yonhap)

The person who made the call to the police, identified as Park, said, “It appears blatantly clear that the deaths of the kittens were all meted out by the same person, but the investigation seems to be half-hearted. Animal cruelty does not stop with the first act of crime but persists, and the fear that this person will commit such obscene actions on people makes me nervous.”

People with knowledge of the incident and the ensuing investigation have said that it would not be an overstatement to say the police’s response has been nothing more than to put up signs reading “looking for witnesses to killings of street cats”.

A police officer with the North Gyeongsang investigative unit acknowledged that earlier efforts in processing the case may have been lacking, but said that law enforcement was now actively pursuing its leads with renewed interest.

While some may say better late than never and move on, the KOPC, which alleges the police initially replied to the report of the dead street kittens with “who cares if a cat on the streets is dead”, is not satisfied and has pressed for change in how South Korean society perceives animal welfare issues.

As the Animal Protection Act as it currently stands only considers actions to constitute animal cruelty when the victimized animal dies, the KOPC is calling for the law to be expanded in scope to incorporate malicious acts such as beatings under the umbrella term of animal cruelty.