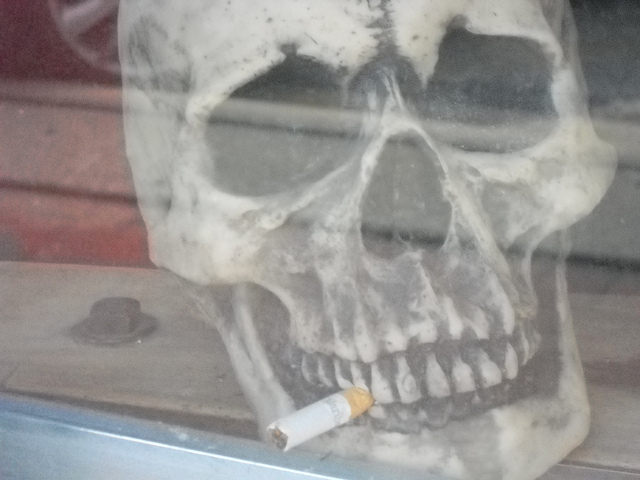 An anti-smoking ad which contains strong images depicting harmful consequences of smoking can be seen in Korea by the end of May or early June. (image: kennethkonica/flickr)

SEOUL, Korea, April 15, 2014 (Korea Bizwire) – While delightful background music is playing, disturbing images of decayed human body parts are flashed with a caption saying “Every cigarette is doing you damage.”

This is the content of an anti-smoking advertisement made by the government of Australia. In order to convey a powerful message, the Australian government has included gruesome scenes in which fatty goo was squeezed out from the blood vessels in the video clip.

According to Yonhap News Agency, an anti-smoking ad which contains strong images depicting harmful consequences of smoking can be seen in Korea by the end of May or early June.

The Ministry of Health and Welfare is determined to run anti-smoking campaign as explicit as those in many other countries like Australia over TV channels, YouTube and prior to movies in theaters. The health ministry plans to contact ad agencies and start the production within this month.

A ministry official who attended a pre-production meeting said, “There were concerns regarding whether the explicit ads should be viewed by minors as foreign anti-smoking campaigns were rather disturbing.”

Up until now, conventional anti-smoking ads in Korea have been taking a rather “polite” approach to address the damages of smoking, mostly done by promoting new government policies regarding expansion of non-smoking area.

However, such indirect ways cannot deliver the most important message which is “smoking is bad” to reduce the number of smokers. Ads as such just make the smokers feel prosecuted only to invite their resistance.

Experts said that the most effective way to reduce smoking is raising cigarette prices as well as warning images or advertisements. The former has been discussed for quite a while without making much progress due to opposition from government ministries responsible for finances. A method of attaching warning images on the cigarette package has also kept failing to pass the legislative body.

The policy of including warning images on the cigarette package has been either implemented or planned to be implemented in 55 different countries worldwide.

Unlike the global trend, the cigarette companies in Korea are still actively coming up with increasingly fancier cigarette packages. The advertisements for cigarettes involving digital displays and LED lights can be commonly seen at convenient stores to attract not only adult consumers but also teenagers.

The Ministry of Health and Welfare expects the new anti-smoking ads to be the steppingstone to raising public awareness and making progress with anti-smoking measures.