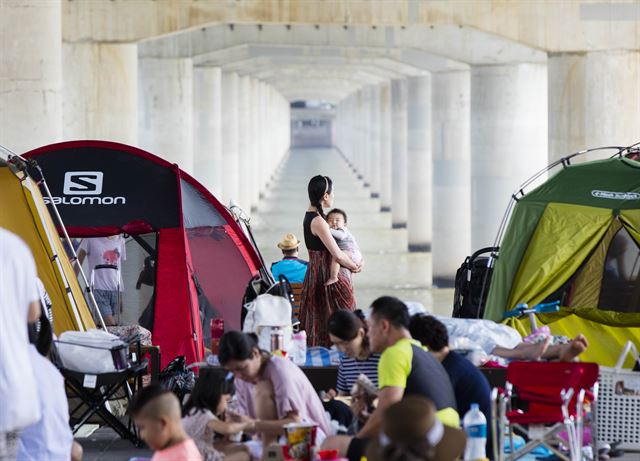 People rest along the Han River flowing through the center of Seoul on Aug. 1, 2017, as sweltering heat hits South Korea. (Yonhap)

SEOUL, July 31 (Korea Bizwire) — A recent study revealed that the level of leisure satisfaction among South Koreans was the highest among women who support the idea of traditional gender roles in which men are the breadwinners and women are the homemakers.

A majority of South Koreans, however, oppose traditional gender roles.

Statistics Korea reported Thursday that the level of leisure satisfaction among women who support the idea of traditional gender roles was 35.5 percent, which was 4.2 percentage points higher than those who are against them (31.3 percent).

The level of satisfaction with sharing domestic labor was the highest among men supporting traditional gender roles (39.4 percent), followed by women who support the same (36.6 percent).

However, 72.8 percent of all South Koreans were found to oppose the idea of traditional gender roles, jumping by 8.5 percentage points since the previous survey.

At 37.5 percent, slightly more than one third of South Koreans felt satisfied with life, which was 3.4 percentage points higher than the previous survey.

Despite the overall increase of satisfaction with life, the only group with increased dissatisfaction was husbands working as sole breadwinners in their households. 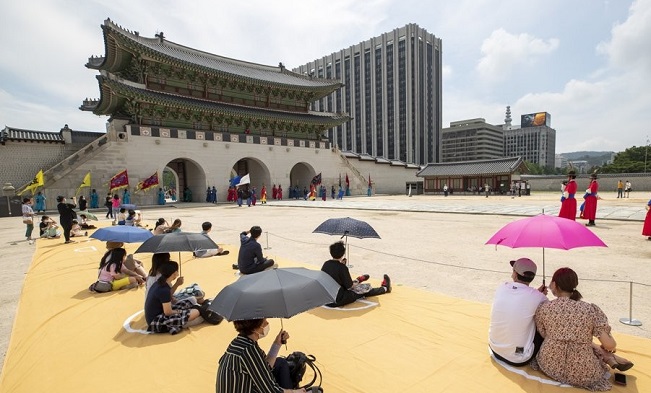 With the introduction of a 52-hour workweek policy, salaried workers were found to spend most of their free time sleeping.

The data showed that South Koreans spent an average of 7 hours and 38 minutes every day last year on mandatory tasks such as work or studying, which was 19 minutes less than five years ago.

On the other hand, they spent 11 hours and 34 minutes on essential activities including sleep and eating, up by 20 minutes since five years ago.

“Shorter time spent on mandatory tasks has led to an increased amount of sleep, most likely due to the expanding culture of work-life balance and the 52-hour workweek policy,” said Kang Yu-kyung, head of social statistics and planning at Statistics Korea.

It has been two years since the introduction of the 52-hour workweek, but 54.4 percent of South Koreans feel they still don’t have enough time.

The proportion, nevertheless, has dropped by 5.1 percentage points since five years ago. A bit more than half of the respondents wanted to spend less time on work.

The statistics are part of a survey of South Koreans’ lifestyles, including how much they spend time sleeping, working and engaging in leisure activities.

The survey is conducted every five years. The latest was conducted on a total of 26,091 people, the agency said.