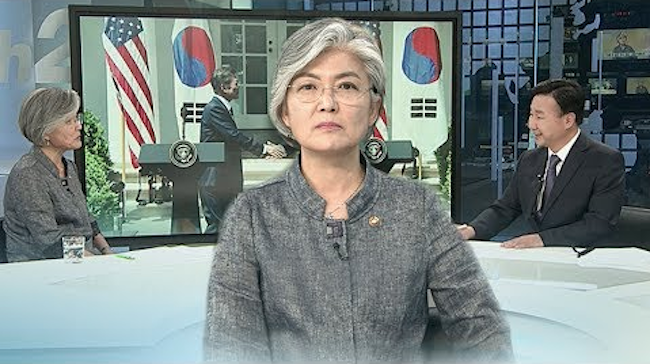 On the broadcast, Kang said she had met with and discussed the sanctions with Chinese counterpart Wang Yi while she was in New York. She noted that the subject of their conversations revolved around Chinese commitments to carry out the U.N. sanctions, not only on legal trade channels with North Korea, but also on black markets and smuggling routes.

Regarding recent reports stating that China had ordered North Korean companies to close down in 120 days, Kang said that China’s actions were “a contribution to the global community.”

Responding to questions about the impact the sanctions will have on North Korea, Kang preached patience, saying, “It is true that it will take some time.” She added that she “had felt at the U.N. General Assembly meeting that the global community’s awareness of [North Korea's] provocations is considerably heightened” and “the effects of sanctions will soon become evident.” 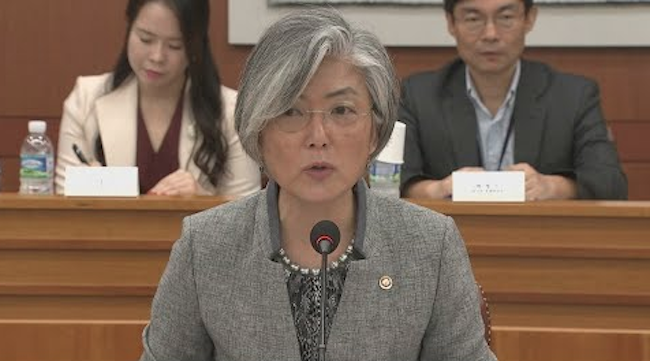 Regarding recent reports stating that China had ordered North Korean companies to close down in 120 days, Kang said that China’s actions were “a contribution to the global community.” (Image: Yonhap)

When asked whether future North Korean provocations are likely, Kang replied that “the possibility of additional provocations is extremely high” and that the government is working closely with the United States to “maintain a defensive position that can forcefully respond to any kind of provocation.”

Kang rejected point blank any dialogue with North Korea which would be based on the acceptance of the communist nation as a nuclear power. “North Korea’s disavowal of nuclear weapons is a principled stance taken by the world,” Kang asserted. “The fundamental principle is denuclearization of the Korean peninsula and a peaceful resolution between the North and South that is achieved through North Korea’s nuclear disarmament.”

Kang refrained from giving an explicit answer on allegations raised by Yonsei University professor Moon Jeong In. Moon had caused a minor stir when he said that U.S. Secretary of State Rex Tillerson had criticized the South Korean government’s suggestion of holding military talks with North Korea.

“Mr. Tillerson and I talk frequently and we meet whenever there is the opportunity. Of course, there are areas in which he and I are not in agreement,” Kang said. Regarding the allegations, Kang replied that she “did not take [Tillerson's statements] as such.”

Asked to clarify rumors that she had made promises to Chinese Foreign Minister Wang concerning the deployment of nuclear weapons on South Korean soil, Kang asserted that she had “absolutely made no such promises.”