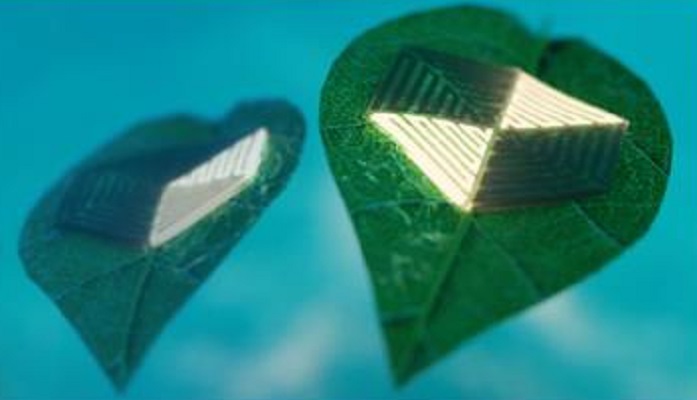 SEOUL, April 23 (Korea Bizwire) – South Korean researchers have developed a soft robot that can maneuver underwater by fluttering like a leaf, and is capable of reaching set destinations.

A researcher team from Seoul National University Department of Mechanical Engineering imitated leaves, paper, and other light and thin objects that create various movements without having to generate thrust as they glide through air resistance.

The team created a leaf-shaped robot by applying a paper-thin layer of soft composite that alters its density when heated, and inserting a stainless metal wire within to deliver heat.

The robot has been designed to control the distribution of density throughout its whole system by heating the stainless wire, which creates gas in certain parts of the system and alters its density.

The robot controls where the heat is applied, without using propellers or other thrust devices or drastically altering the its shape.

Applying electricity to one side of the hexagon-shaped stainless wire allows the heat to occur only on that side, causing gas that creates buoyancy. The leaf-shaped robot, in turn, will move in the direction that the buoyancy has occurred.

The research team said the robot can be equipped with various functions to explore and protect the marine environment.