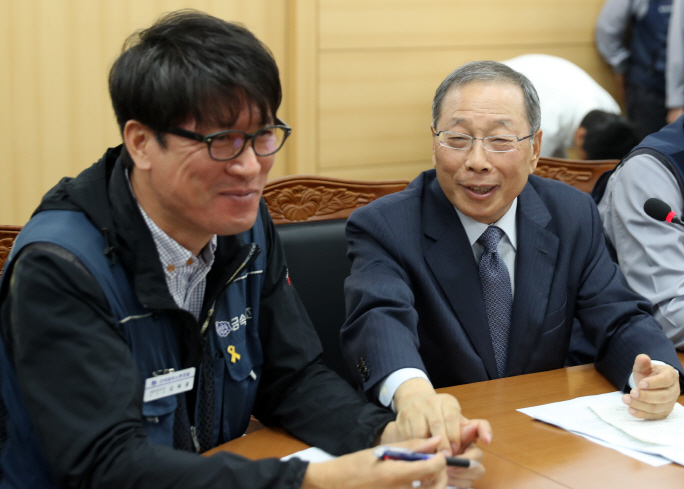 SEOUL, Sept. 14 (Korea Bizwire) — SsangYong Motor Co. and its union have reached an agreement to rehire the remaining 119 workers who were fired amid the carmaker’s restructuring efforts a decade ago, the company said Friday.

SsangYong Motor said in a statement that it will rehire 60 percent of the workers by the end of 2018 and the remaining 40 percent by the first half of 2019, with an aim to finish assigning duties to all those that are rejoining the company.

The maker of the Rexton and Tivoli SUVs has been mired in protracted disputes with those who left the company against their will in 2009 after it was placed under court receivership.

At that time, 900 workers who carried out a strike at the company’s main Pyeongtaek plant were ordered to choose between unpaid leave or voluntary retirement. Those who decided not to pick either option were later fired.

In 2013, 454 workers who had chosen unpaid leave were all reinstated, but 165 fired workers were not allowed to get their jobs back.

After a series of negotiations in 2015, the company and its union agreed to gradually reinstate the fired workers, although some were left out.