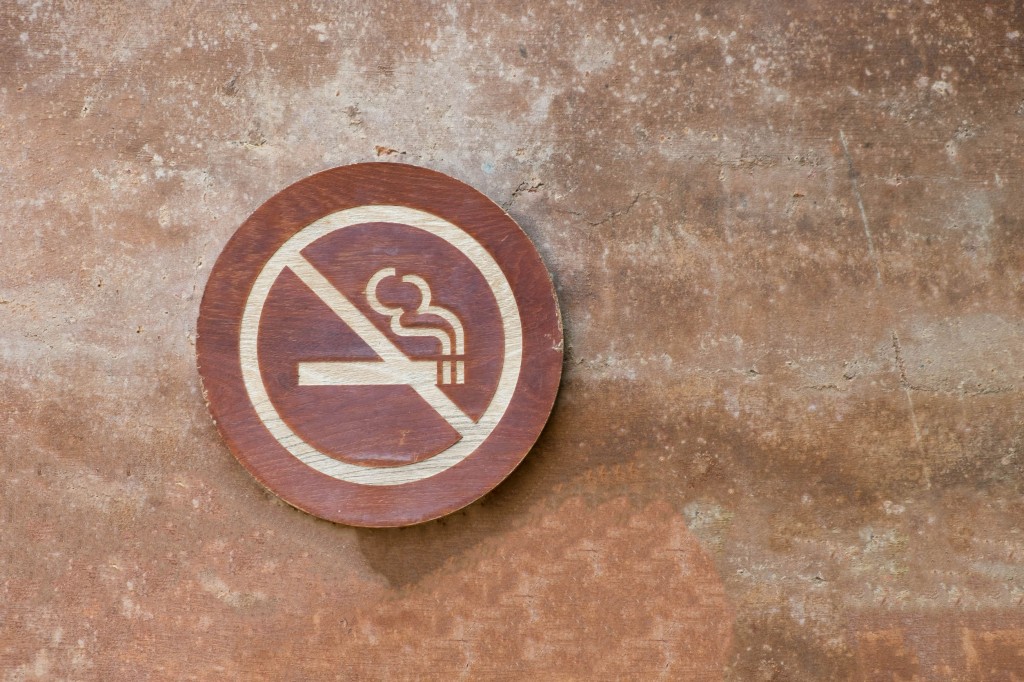 Starting September residents can now designate certain areas of housing complexes as non-smoking zones, as long as least half of the inhabitants agree, and upon evaluation by regional authorities such as mayors, and district or county governors. (image: KobizMedia/ Korea Bizwire)

However, some experts are pushing for even stricter legislation, claiming that smoking should now be regulated not only in apartment stairwells and hallways, but also in the apartments themselves.

According to Kim Jung-hoon, a researcher at the School of Public Health at Seoul National University, “inter-floor smoke, alongside inter-floor noise, has become a serious problem that breeds conflict between apartment neighbors.”

“Since apartment complexes can start designating places like hallways as no-smoking areas starting next month, there’s also a need to regulate in-home smoking,” he said during a debate held at the national assembly on Wednesday, hosted by Saenuri Party lawmaker Park In-sook and attended by members of the Korean Association on Smoking or Health.

According to the latest revision to the National Health Promotion Act, starting September residents can now designate certain areas of housing complexes as non-smoking zones, as long as least half of the inhabitants agree, and upon evaluation by regional authorities such as mayors, and district or county governors.

Almost 50 percent of Korea’s population currently reside in apartment complexes, and the number of inter-floor complaints and conflicts has grown significantly in recent years, sometimes even leading to deadly crimes.

“Certain jurisdictions in the United States and Canada have in fact implemented policies to ban smoking even on private premises,” added Kim. “Those that move to non-smoking residences must agree to abide by the smoking rules when signing their contracts.”

“Individual freedom and rights are only guaranteed as long as one does not cause harm to another, which is why the rights of non-smokers come before those of smokers,” said Choi. “Smoking on balconies and in bathrooms usually causes these conflicts, and to help others guarantee their ‘right to breathe clean air in their homes’, smokers should refrain from smoking even at their own property.”

Such claims have also been supported by research showing the widespread harm that smoking can cause to neighbors in residential complexes.

According to researcher Shim In-geun from the National Institute of Environmental Research, the fumes from smoking in the bathroom spread not only to the upper neighbor’s bathroom but also to the one below.

“Our experiment showed that smoking at home spreads fine dust particles to all rooms in the apartment within 10 minutes, and although it depends on conditions, the toxic substances spread even to upper and lower levels within five minutes,” said Shim. “Smoking at home can definitely result in second-hand smoke inhalation for neighbors.”