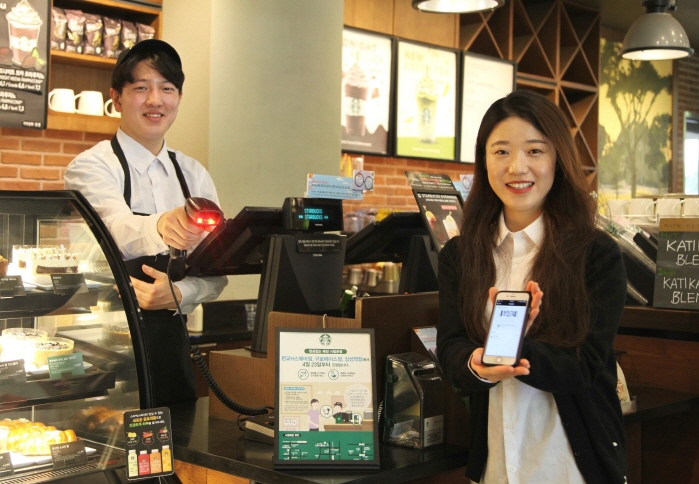 Models pose for a photo at its outlet in Seoul to advertise the test operation of cashless stores in South Korea starting April 23, 2018. (image: Starbucks Coffee Korea Co.)

Cashless stores recommend that customers use a means of payment other than cash.

The company noted that adding 300 more cashless stores would amount to one-third of the 1,200 Starbucks shops in South Korea.

“Instead of cash, customers will be asked to use credit cards, Starbucks cards, mobile transactions and other means of payment,” a company representative added.

“Cashless stores can better focus on customer satisfaction since employees don’t have to spend time going to the bank to balance cash,” Starbucks Coffee Korea said.