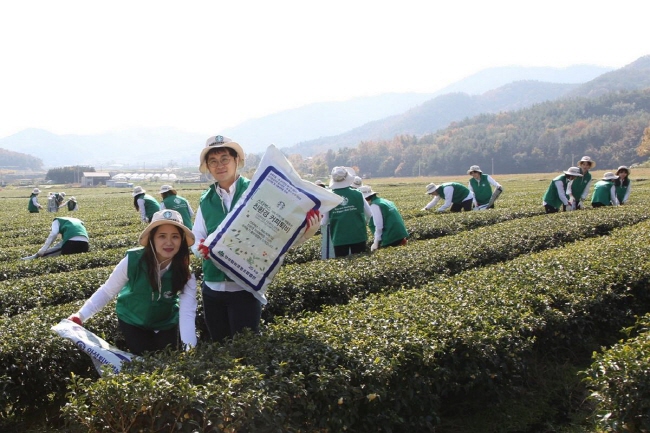 SEOUL, Nov. 20 (Korea Bizwire) — Starbucks Coffee Korea Co. said on Monday that it is planning to recycle more than 5,500 tons of coffee grounds to achieve recycle rate of 97 percent by the end of this year.

Starbucks began recording the quantity of coffee grounds it was recycling in 2014 to focus on increasing the percentage being recycled every year.

With its final goal of a 100 percent recycle rate by 2020, Starbucks has been in constant search of new recycling channels.

“Coffee grounds are abundant with nitrogen, phosphoric acid, potassium, and other minerals that help plants grow,” said Starbucks. “They help repel blights and other harmful insects and provide highly organic nutrients to plants.”

Starbucks has been distributing eco-friendly fertilizers made from recycled coffee grounds to local farms since 2015.

In April 2016, the company signed an agreement with the Ministry of Environment and the Korea Zero Waste Movement Network to establish a coffee grounds recycling network connecting all of the company’s stores in South Korea. 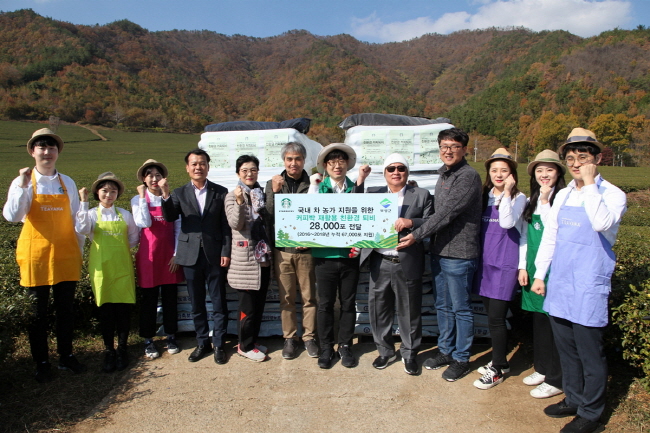 Starbucks plans to use 3,609 tons of coffee grounds collected this year to make compost, 1,200 tons to give out to customers, and 600 tons to make fertilizer.

The company has already used 10 tons to make eco-friendly flower pots and 30 tons for biofuel research and sampling.

Starbucks is increasing its annual contribution of coffee ground compost from 10,000 sacks in 2015 to 46,000 sacks this year.