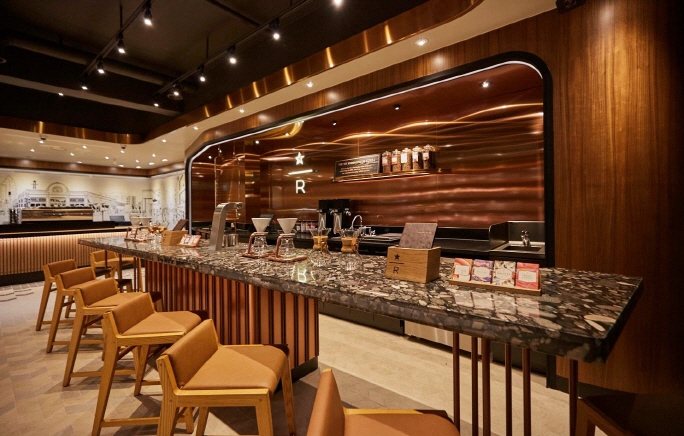 From January to June, the U.S. coffee giant posted an operating profit of 74.7 billion won (US$61 million) in Korea, up from 58.3 billion won in the year-ago period, according to E-Mart’s first-half earnings results.

E-Mart, the country’s biggest discount store chain operated by Shinsegae Group, holds a 50 percent stake in Starbucks Korea, with the other 50 percent controlled by its U.S. parent Starbucks.

South Korea is one of the fastest growing premium coffee markets, and Starbucks expects further growth in this country.

Sales also jumped 25 percent to 887.7 billion won in the first half from 709 billion won a year earlier, the data showed. Net earnings were not available.

Starbucks, which entered Korea in 1999, currently operates a total of 1,308 stores, including 50 upscale Starbucks Reserve outlets, in Asia’s fourth-biggest economy.