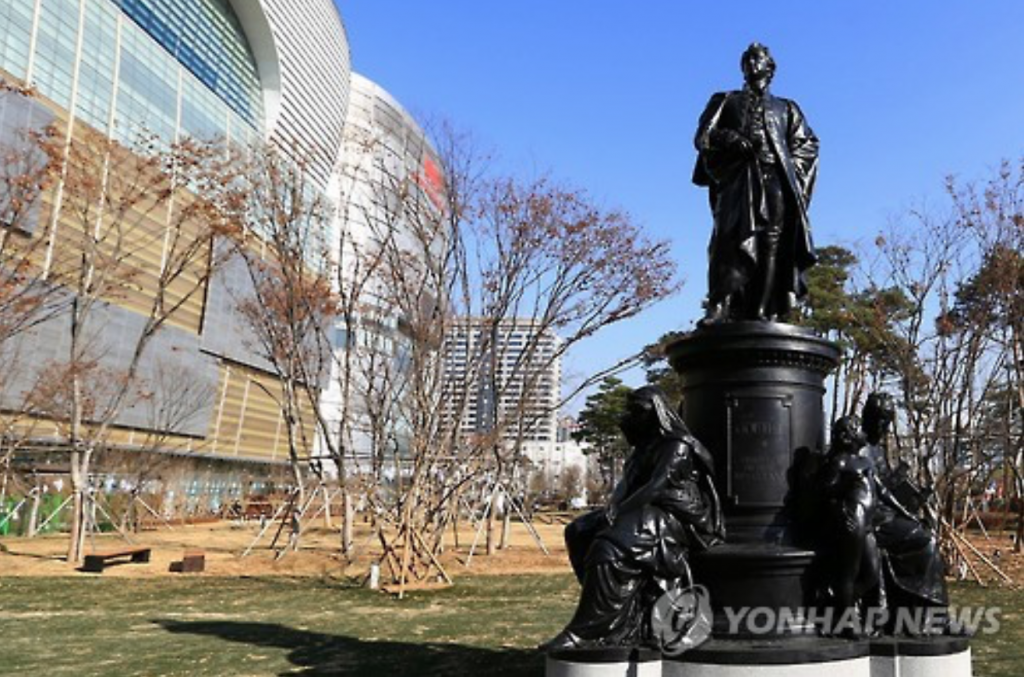 The 5.15-meter statue is a duplicate of sculptor Fritz Schaper’s Goethe Monument (1880) in Berlin’s Tiergarten Park, and will be available for public viewing starting Wednesday, Lotte said.

Goethe was the model of inspiration for Shin Kyuk-ho, the founder of Lotte Group. The company’s name Lotte itself was inspired by Charlotte, the female protagonist from The Sorrow of Young Werther. 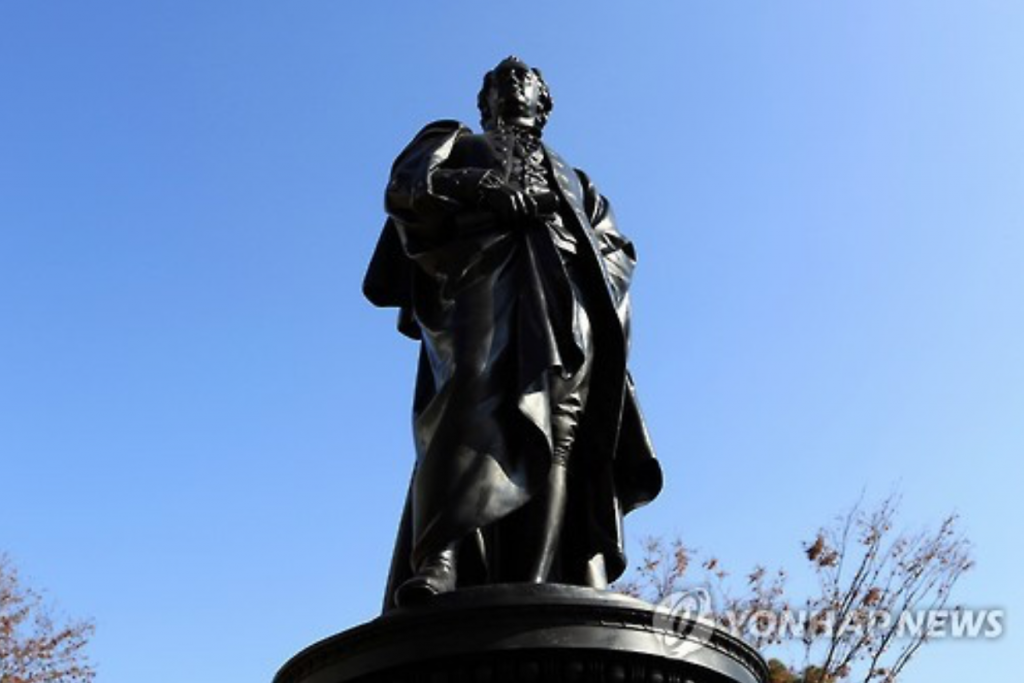 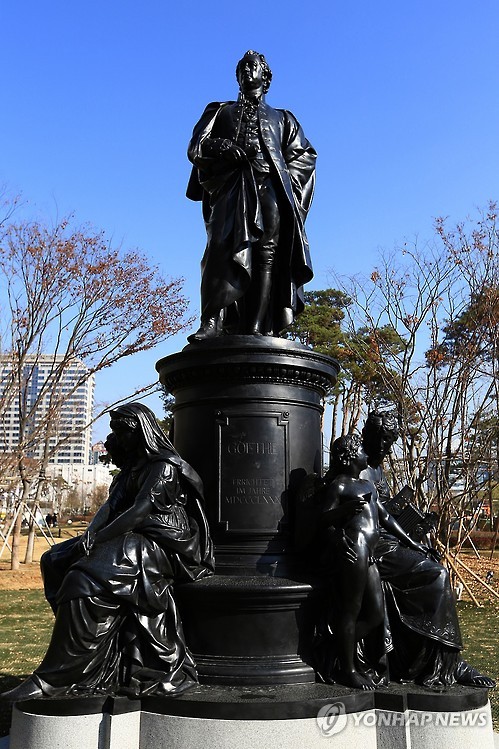