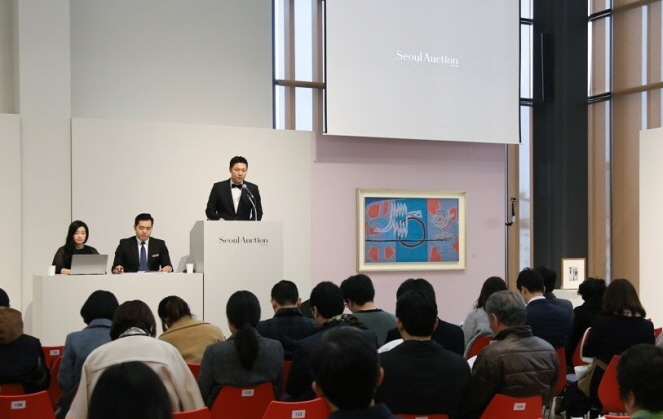 The successful bid rate estimated at 79 percent, up 10 percentage points in the year-ago period.

This year’s figure is almost double the pre-COVID 2019 level of 82.3 billion won.

The value of online auctions totaled 12.9 billion won this year, more than double the 5.4 billion won reported a year ago.

The most expensive artwork sold this year was renowned Japanese contemporary artist Yayoi Kusama’s 1981 work “Pumpkin,” which went for 5.45 billion won, setting a new Korean market record for one of her artworks.

In the meantime, the number of new subscribers in their 20s and 30s who became online members of Seoul Auction this year more than doubled compared to a year ago, indicating a sharp increase in the influx of younger buyers in the artwork auction market.