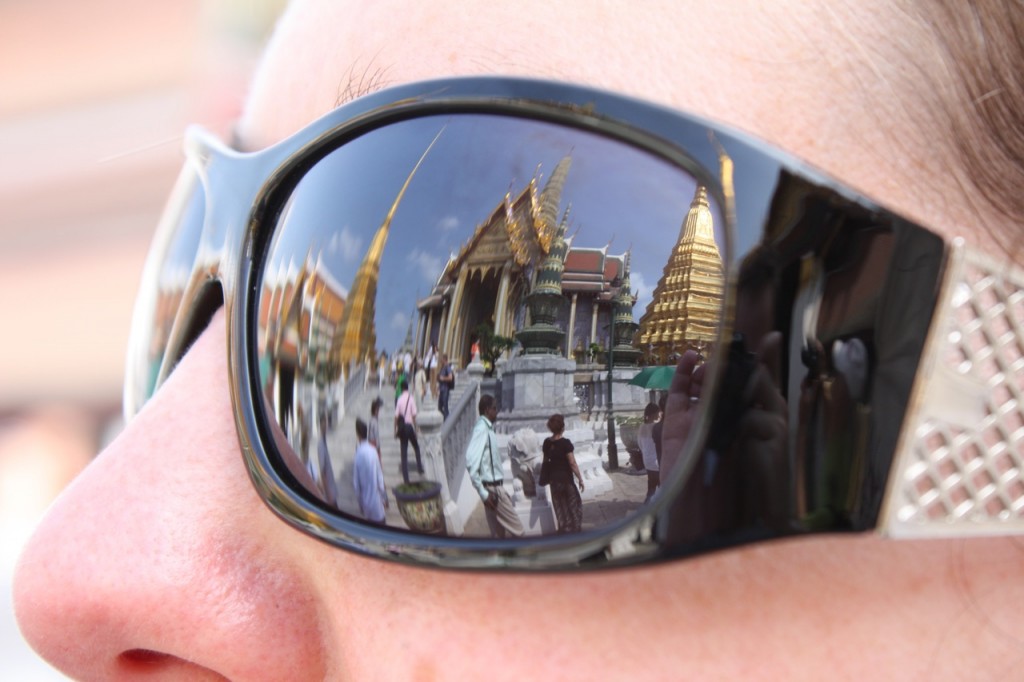 Due to the public fear of the fine dust and increased need for eye protection, the sales of sunglasses in the winter season this year increased drastically. (image: OxOx/flickr)

SEOUL, Korea, Mar 19 (Korea Bizwire) – The sales of sunglasses have soared unseasonably “thanks to” the fine dust originating from China. According to Shinsegae Department Store, the sales of sunglasses in January and February this year have increased 29.1 percent over the same period in the previous year, which is a record high. When compared to the year-on-year sales growth of 13.6 percent in 2013, the growth appears to have doubled.

Sunglasses are not usually considered to be hot sellers during the winter months (December to February) in Korea. However, the sales of sunglasses in the winter season this year accounted for 12.9 percent of the annual sales. A Shinsegae official said such sales growth of sunglasses is largely due to the public fear of the fine dust and increased need for eye protection.

As the fine dust has blown in the air from China, the occurrence of dry eye syndrome and eye diseases such as allergic conjunctivitis has become more frequent in Korea, increasing the demand for sunglasses as a means to protect the eyes.

The fear of the fine dust has encouraged more middle-aged consumers to get their hands on the sunglasses. In Korea, a pair of sunglasses has been worn more as a fashion item than an eye protection.

Another official at Shinsegae said, “Sunglasses are unseasonably popular because of the fine dust anxiety. In preparation for the ‘actual’ hot season for sunglasses, the products not only in style but also with the best protection will be introduced.”