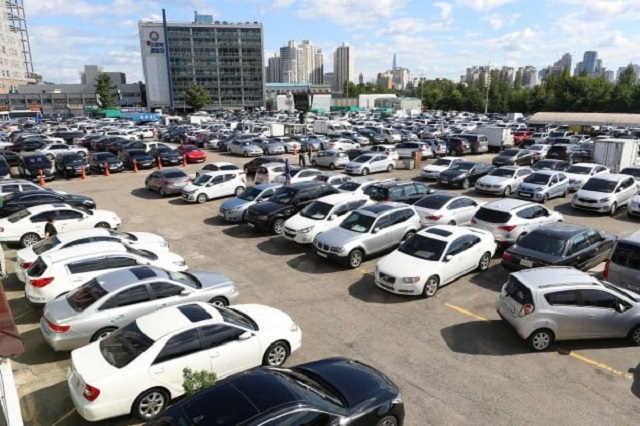 Used cars are for sale in this file photo. (Yonhap)

In an appeal case for a man who was indicted for criminal group activity and fraud, the Supreme Court on Thursday overturned the original sentence in which the accused was found not guilty.

The man, who is affiliated with a group consisting of 20-30 criminals, was brought to trial for a bait and switch scam.

After signing a contract by uploading a bait used car model on an Internet site, he dumped other models at expensive prices saying that the bait model had serious problems.

This type of scam is notorious in the used car industry.

The court pointed out that was necessary to apply the charge of criminal group activity, considering that the members of the group shared information and made various reports through a Telegram chatting room, while distributing profits under a pre-set rule.

The range of sentences available for the charge of criminal group activity includes the death penalty, life imprisonment and more than four-year imprisonment.

The level of punishment is stronger than that for fraud crimes, for which the range of sentences includes imprisonment up to 10 years or a maximum fine of 20 million won (US$17,450).

In another used car fraud ring case that was decided in August, the Supreme Court also overturned the original guilty verdict that was limited to fraud charges. The court ruled that the charge of criminal group activity should also be applied.