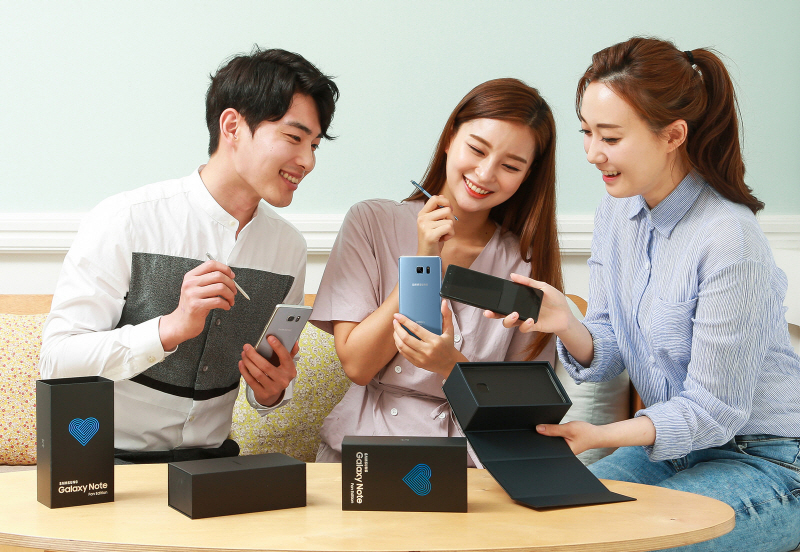 SEOUL, Jul. 10 (Korea Bizwire) — South Korean tech giants are engaging in a fierce competition with mid-end smartphones to grab budget-conscious customers ahead of the launch of their major flagships slated for later this year, industry watchers said Monday.

According to industry sources, LG Electronics Inc. is planning to showcase its mid-end smartphone, the Q6, this week, which can be considered a smaller edition of the flagship G6 released earlier this year.

Industry watchers said the release aims to maintain sales during the offseason. LG Electronics plan to release its new flagship, the V30, later in the second half.

The Galaxy Note FE comes with major features equipped with the Galaxy Note 7, including the S-Pen, along with Bixby, which was first introduced by the Galaxy S8 smartphones launched earlier this year.

The smartphone, however, does not fully support all features of the Bixby, including the voice recognition system. Users are still able to use other features, including the Bixby Home and Reminder.

Taking the battery issue into consideration, the Galaxy Note FE comes with a battery capacity of 3,200 mAh, which is lower than the 3,500 mAh originally adopted by the Galaxy Note 7.

“The market is currently divided with those wishing for premium models with top-notch features, and those just wishing for basic functions with mid-to-low price,” an industry watcher said.