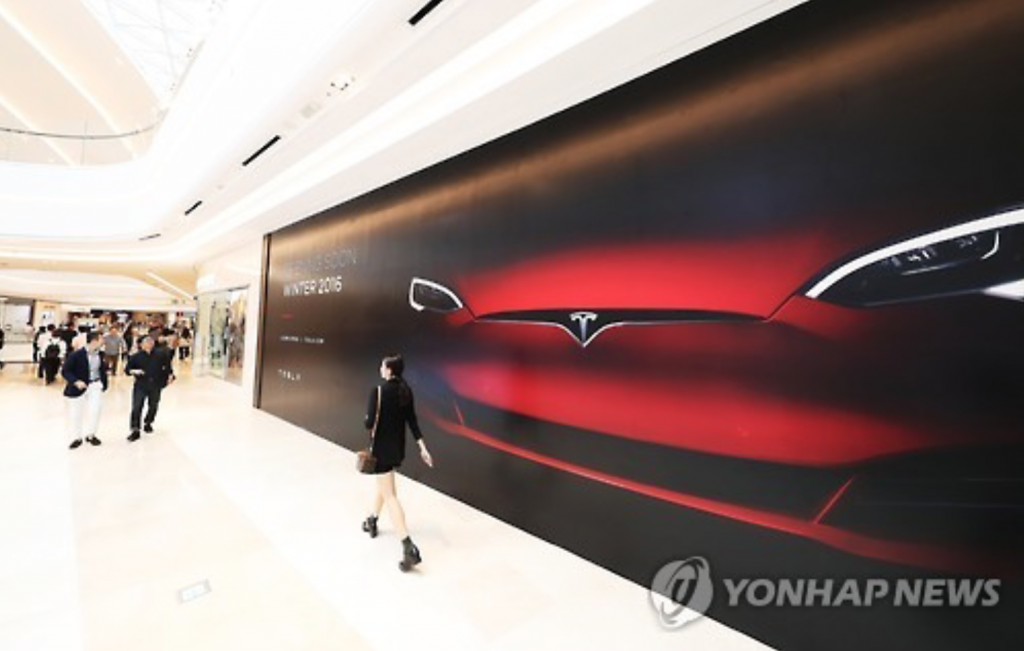 SEOUL, Dec. 21 (Korea Bizwire) – Tesla is unlikely to meet its goal to launch its Korean operations by the end of the year.

According to government sources, Tesla had yet to register for a manufacturer’s license – a necessary step in Korea for vehicle sales – as of Tuesday.

In order to obtain the license, Tesla must prove that it has the necessary personnel and the facilities to provide after-sales service to customers, which it currently lacks.

In most cases, imported vehicles are sold through partnerships with local dealers, which already have the necessary infrastructure and manpower to offer after-sales service. But with Tesla planning to work independently, governed by its U.S. headquarters, the process is likely to take longer, industry watchers anticipate.

“Tesla did bring to us the registration documents a couple of times,” said an official from the Ministry of Land, Infrastructure and Transport. “But we found some insufficiencies, and requested that the company supplement its efforts.”

The license does not take long to process.

If the documents are found to contain no shortcomings, a license can be granted within 15 days. However, given that the EV maker has yet to submit an amended version of the application, and has yet to detail how it plans to offer maintenance for vehicles sold in Korea, it’s practically impossible for Tesla to begin operations by the end of the year.

So far, Tesla is said to have told the ministry that its U.S. headquarters will be responsible for all possible vehicle defects, including recall measures.

Tesla’s first store will come to Shinsegae’s Starfield Hanam, Korea’s largest shopping complex which opened on September 9. The company announced earlier this year plans to install 25 “destination chargers” at Shinsegae-operated outlets during the first half of 2017, including department stores, hotels, and cafés.

Tesla also intends to install five “superchargers” across the country.