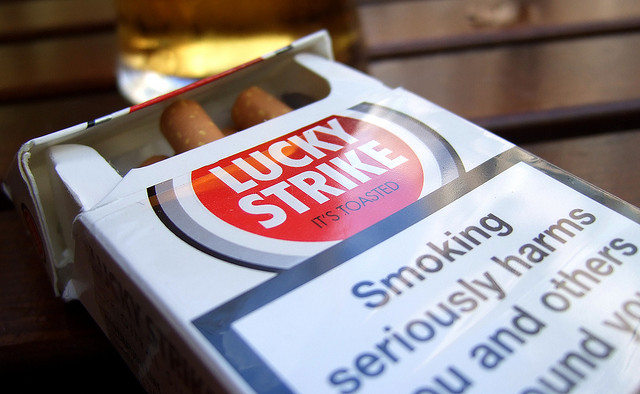 British American Tobacco (BAT) Korea, the second largest tobacco company in Korea, decided to stop sales of Lucky Strike, one of its oldest brands, in order to focus on sales of other products such as Dunhill and Kent.

Lucky Strike once reigned the Korean market after it was opened to foreign competition. Marlboro and Lucky Strike were in their prime from the eighties until the early years of the new millennium.

However, Lucky Strike’s share in terms of BAT Korea’s overall sales is now lower than 1 percent, while Dunhill and Kent account for more than 80 percent of sales. BAT Korea said that it would also stop the sales of 14-cigarette packs called Dunhill Compact.

Dunhill has been a rarity at stores as they have been selling for 2,700 won (US$ 2.40) since BAT Korea was one of the last to notify the Ministry of Strategy and Finance of its price increase. BAT Korea said on January 6 that it has finally reported its price increase, and renewed some of its Dunhill products. From January 13, four renewed varieties of Dunhill will sell for 4,500 won (US$ 4).

KT&G and Philip Morris Korea announced the raise of the prices of their products on December, 24, 2014.