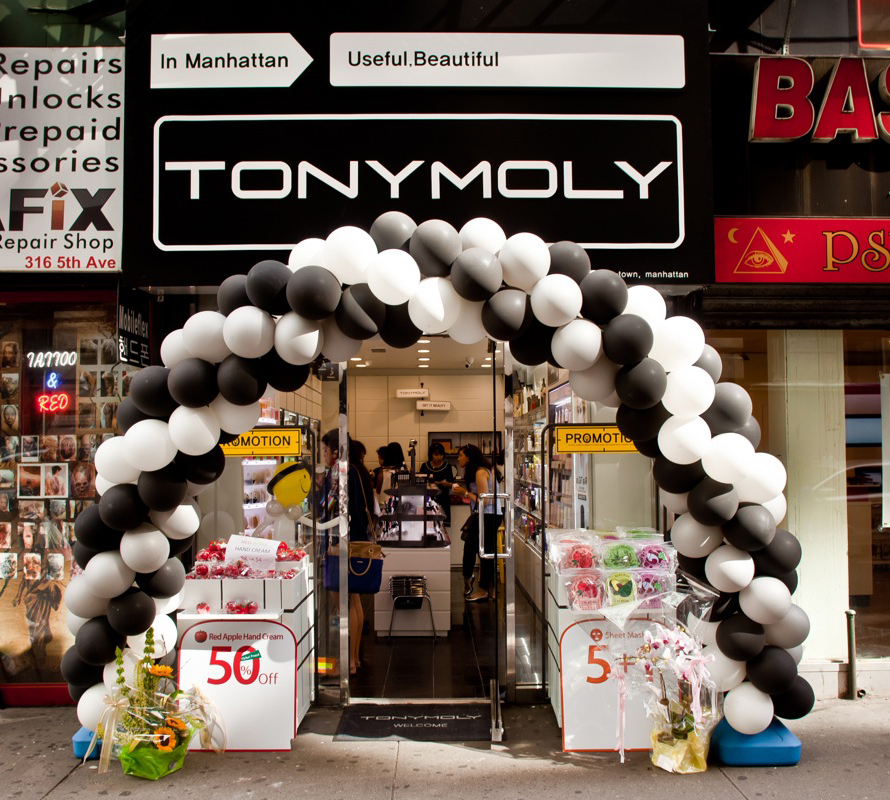 Industry experts said that with advancement into Beverly Hills and now Manhattan, the company will be able to bolster its brand awareness in the U.S., and will soon be able to expand its brand to the whole North America. (image: Tonymoly)

SEOUL, Aug. 7 (Korea Bizwire) – Korea’s global cosmetics brand Tonymoly announced that it has opened a store in Manhattan in New York and will expand its business to all across the United States by the end of this year.

Tonymoly has currently opened store locations in New York, Virginia, Hawaii and Guam, and sells its products in 250 stores all over America through affiliation with Urban Outfitters, local clothing conglomerate.

The Korean cosmetics company had revealed its ambition to advance into the North American market already in 2013 when it opened a Beverly Hills branch, saying, “By capitalizing on the unique attributes and symbolism which Beverly Hills carries, we plan to expand our business all across the U.S. market.”

Industry experts said that with advancement into Beverly Hills and now Manhattan, the company will be able to bolster its brand awareness in the U.S., and will soon be able to expand its brand to the whole North America.

Tonymoly’s initial plan to expand business into the United States without any affiliation with local partners is coming close to reality. Starting with Manhattan, the company has already completed the groundwork for launching branches in ten other locations including Flushing in New York, New Jersey, Texas and Virginia in which the stores will be open by the end of this August at the latest, and ten more are planned to be set up mainly in Chicago, Boston and San Francisco by the second half of 2014.

Furthermore, Tonymoly gathered attention from the industry as it began to sell its products through Sephora, an international beauty product distributor, for the first time as a Korean company. The Korean company will initially launch its flagship products and gradually extend its product line within Sephora until it can stand on its own.

The launching of the Tonymoly brand in Sephora stores holds a tremendous meaning in that the company has trailblazed overseas distribution channels for luxury beauty products, which is expected to help in a great deal in positioning itself as a luxury brand. To further such an effort, Tonymoly is also pushing ahead with opening stores in Nordstrom and Macy’s, the two large-scale department stores, and is almost certain that this will soon be realized by the latter half of this year.

An official at Tonymoly’s international sales department said, “The opening of the Manhattan shop shows that Tonymoly is no longer a brand in a process of globalization, but rather one already thriving in the global market. Opening shops overseas requires a certain level of interest and awareness from the locals, which means that our company is gaining brand power in the foreign markets. By the end of the year, a total of 300 stand-alone Tonymoly shops and over 3,500 shop-in-shops will be launched across Asia, Europe and North America.”