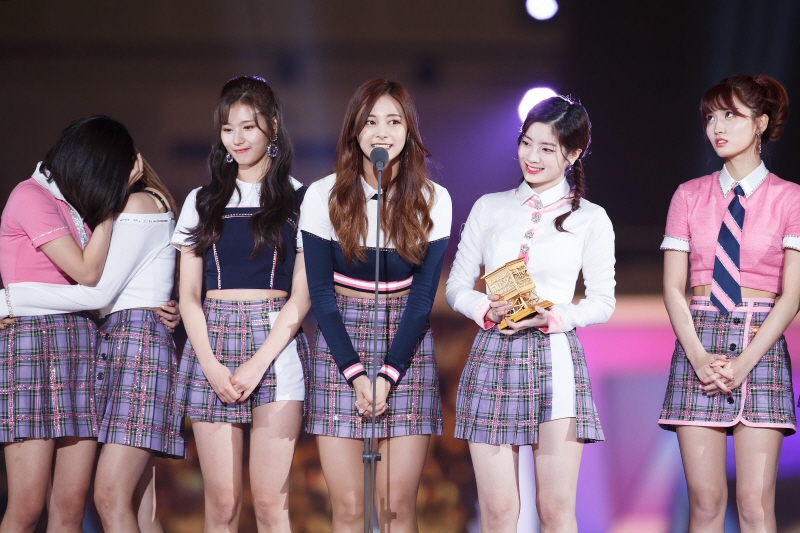 SEOUL, Nov. 30 (Korea Bizwire) — Girl group TWICE has won the Song of the Year Award at the Mnet Asian Music Awards (MAMA) for the second-consecutive year with “Signal,” according to the music television network Thursday.

The nine-member act was announced as the winner of the highly coveted award Wednesday at Yokohama Arena in Japan, the venue for the second leg of this year’s MAMA, a K-pop award show run by Mnet. The band won the same award in 2016 with “Cheer Up.”

Jihyo, leader of the group, thanked the group’s fans, “We know we have far to go and a lot to do, but we’re grateful for such huge love and also being awarded such an awesome award.”

“We consider this a gift from fans. We will work hard to become an EXO that is more benevolent and more approachable (to fans),” EXO member Xiumin said.

Launched in 1999 under the name Mnet Km Music Festival, the event was renamed MAMA in 2009 as the show expanded its outreach throughout Asia. This year’s MAMA is under way at three venues — the first event was held in Hanoi on Monday and the third and final event is scheduled for Friday in Hong Kong.