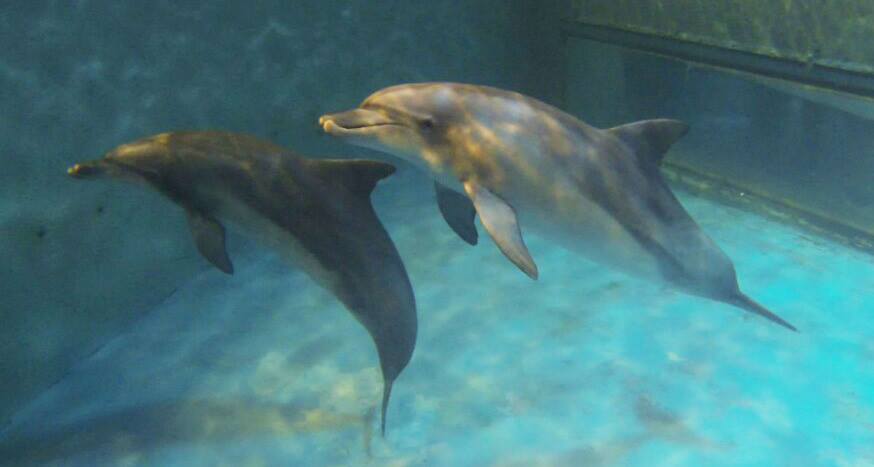 The two dolphins will start their captivity-to-wild training at Jeongju Port in Handeok-ri for two months. (image: Hot Pink Dolphins)

SEJONG, May 14 (Korea Bizwire) — Two Indo-pacific bottlenose dolphins, Taesan and Boksoon, that were illegally captured and abused, are finally heading to Jeju waters in an exclusive airplane on May 14.

The two dolphins will start their captivity-to-wild training at Jeongju Port in Handeok-ri for two months, as the Ministry of Oceans and Fisheries has confirmed that they are in good enough health to participate in he program.

The two dolphins are reported to have been suffering from depression and facial dysfunction, due to long periods of captivity in a small water tank.

However, caretaker Park Chang-Hee from Seoul Grand Park said that the sullen dolphins became more active and lively since they started their fish-catching training in December 2014.

On May 14, the dolphins will undergo a detailed health examination, and will then be moved to Incheon International Airport in an anti-swing vehicle.

They will travel to Jeju Airport in an Asiana chartered plane, before being transported over land to Jeongju Port.