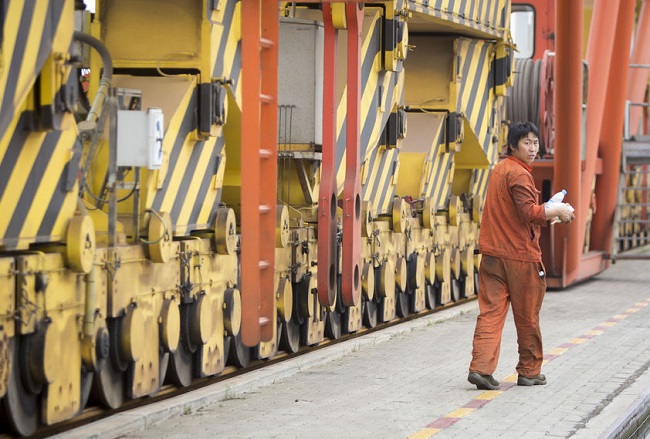 Hyundai Heavy Industries reportedly announced a 19-day summer vacation period from July 28 until August 15. It is the longest summer break given to employees amongst all industries in the Ulsan region. (Image:Kobiz Media)

Depending on their line of work, however, the mood of some workers may be gloomier than usual. The shipbuilding industry’s well publicized struggles in the face of plummeting demand has employees facing a longer than expected summer vacation with a long face.

Hyundai Heavy Industries reportedly announced a 19-day summer vacation period from July 28 until August 15. It is the longest summer break given to employees amongst all industries in the Ulsan region.

The traditional summer vacation period for Hyundai lasts 10 days, normally from July 31 to August 10. However, the dates were rearranged so that the vacation period could begin on the anniversary of the labor union’s founding. Beyond the summer vacation days reserved for employees, Hyundai is strongly encouraging its employees to make use of their allotted days of leave in conjunction with their summer vacation.

The dour mood that pervades the company is compounded by the fact that compared to years past, employees will not receive vacation bonuses. Previously, bonuses of 50 percent of standard wages were stipulated by the labor agreement between the company and the union, but a failed attempt at negotiations last year has resulted in employees setting off for the summer empty-handed.

Approximately 19,000 workers at 194 contractors dependent on Hyundai Heavy Industries will also take their summer vacation starting on July 29. Their vacation days will be shorter, with most expected to report to work by August 7 at the earliest.

Energy companies in the area, such as S-Oil and SK Innovation, are not expected to announce official summer vacation periods, as factories and plants in the energy industry must be maintained at all times. Instead, as employees work in shifts, vacation will be dependent on individual workers rather than any official policy undertaken by the company.