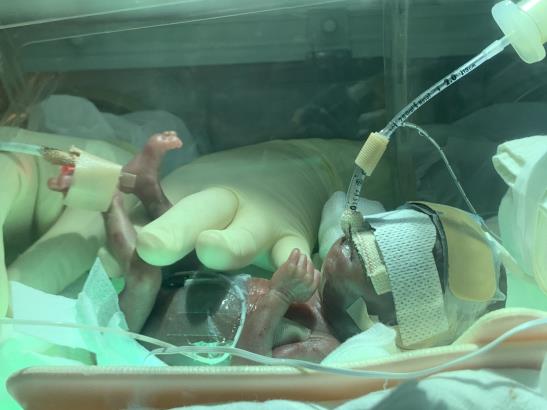 SEOUL, Sept. 8 (Korea Bizwire) — Seoul Asan Medical Center announced that Cho Geon-woo, a 23.5-centimeter-long baby who was four months premature and weighed only 288 grams at the time of birth, had safely left the hospital last week after 153 days of intensive medical treatment.

Cho’s parents from Haman, South Gyeongsang Province, had their boy six years after marriage but received the tragic news that the baby was unlikely to survive because of growth delays in the womb.

Geon-woo came into the world on April 4, after just 24 weeks and six days in his mother’s womb, which was around four months earlier than expected. Geon-woo was unable to breathe on his own. 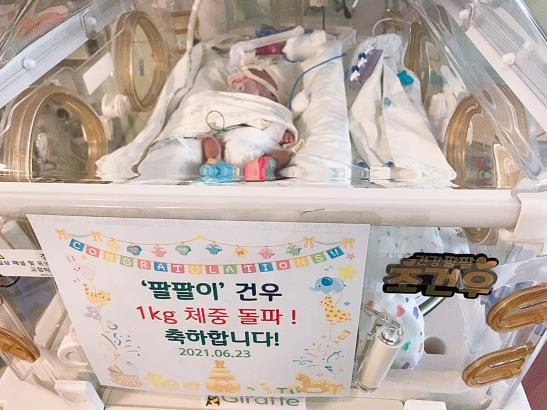 For five months, Geon-woo’s parents traveled more than 700 kilometers, a 10-hour round trip, once or twice a week from their home to Seoul Asan Hospital to deliver breast milk to the child.

Eighty days after birth, Geon-woo was finally able to breathe on his own.

Geon-woo is South Korea’s youngest premature baby ever to survive. He will be listed as the 32nd smallest baby in the world.