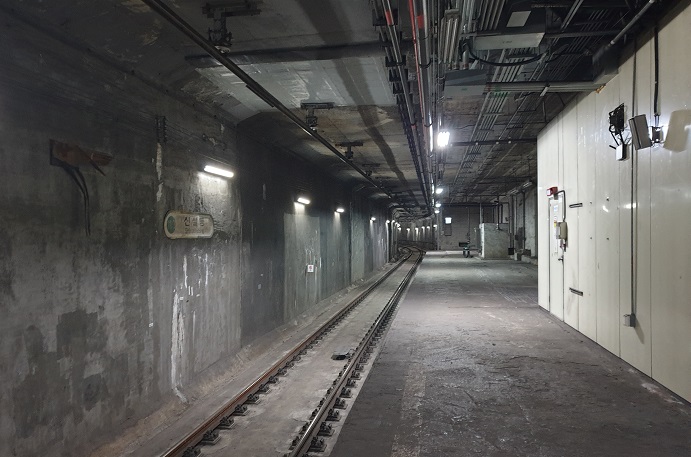 SEOUL, Jan. 28 (Korea Bizwire) — Seoul Metro, operator of the Seoul subway system, said Thursday that an unused platform at Sinseol-dong Station on Seoul Subway Lines 1 and 2 was designated as ‘future heritage’ by the Seoul Metropolitan Government for the 12th time among subway stations.

Sinseol-dong station was originally designed as a transfer station for Seoul Subway Lines 1and 5. The section for Line 5 was built as a double-story platform on the second and third underground floors.

After Subway Line 1 was opened, however, the Subway Line 5 plan was canceled due to the oil shock in 1974, leaving the platform on the third underground floor to be used only for the entry and departure of trains. 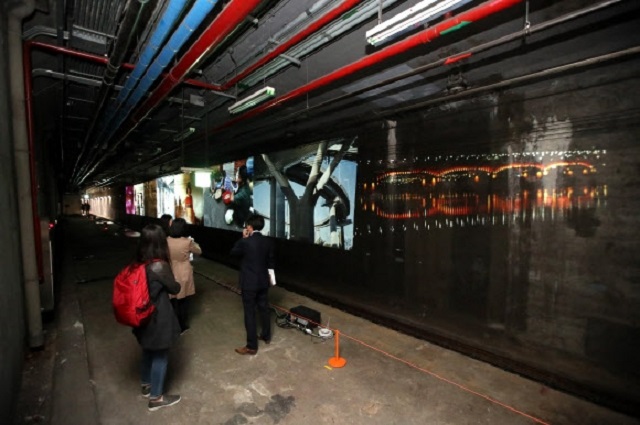 Accordingly, the platform remained idle without passengers, thereby being called a ‘ghost platform.’ After years of being forgotten, the platform drew attention again as a shooting location in and after the 2000s.

The platform caught the eyes of moviemakers and music video directors since it maintains its old image of the 1970s and has a unique concrete look without tiles and finishing materials.