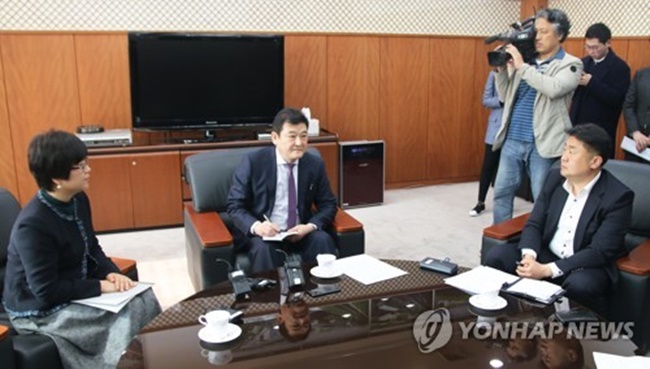 SEOUL, March 23 (Korea Bizwire) – Kumho Tire Co.’s union on Friday refused to meet with the chief of Qingdao Doublestar Co. over the Chinese firm’s plan to acquire the Korean tiremaker, raising the possibility of the company being placed under court receivership, the company said.

Kumho Tire’s creditors are planning to sell the loss-making tiremaker to Doublestar, which has proposed investment plans in the company for what it calls a “win-win” synergy between the two tiremakers.

Creditors asked Kumho Tire and its union to reach an agreement on the M&A plan by the end of March. The Korea Development Bank (KDB), the main creditor, warned no agreement will result in the company being placed under court protection.

But the union representing 3,100 assembly line workers at Kumho Tire’s three domestic plants refused to meet with him as they said talks are only possible after they examine Doublestar’s investment plans in the tiremaker and job security programs.

Instead, the chairman met a group of Kumho Tire employees representing some 1,500 office workers who do not belong to the union at the Gwangju plant. The office workers have said they concur with the creditors plan to sell Kumho Tire to the Chinese truck and bus tiremaker.

Doublestar has offered to invest 646.3 billion won (US$603.4 million) in new Kumho Tire shares, which would allow the Chinese tiremaker to become the biggest shareholder, with a stake of 45 percent, and the KDB-led creditors would collectively own a 23.1 percent stake.

It has also pledged to invest 200 billion won in the tiremaker’s production facilities while guaranteeing three years of job security for current union workers.

In the past three years, Kumho Tire, the country’s second-biggest tiremaker by sales, has posted net losses due to lower demand and poor performances in China. Its net losses deepened to 88.6 billion won in 2017 from 37.9 billion won a year earlier though last year’s net result slightly improved from a net loss of 67.5 billion won in 2015.

Kumho Tire faces 1.2 trillion won worth of debts maturing at the end of this month. The entire debt the tiremaker owes to creditors has been extended since late last year, the KDB said.

Given everything, the state lender has recently concluded that the only option to put the financially troubled tiremaker back on track is to sell it to Doublestar.