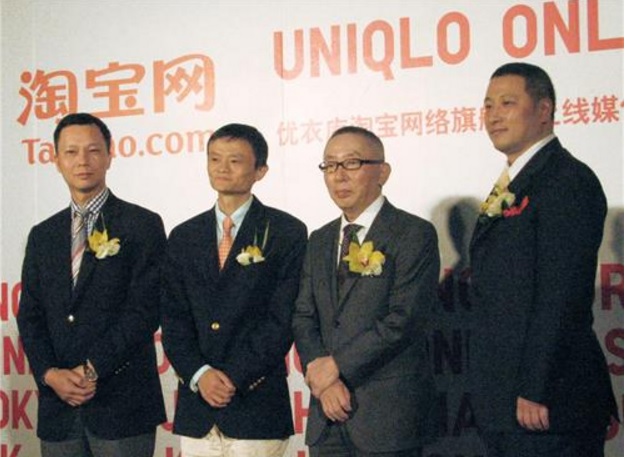 President and CEO of Fast Retailing Tadashi Yanai (second from the right) holding a press conference in Shanghai in 2009. (image: Yonhap)

UNIQLO is developing a new delivery system with Accenture, a multinational management consulting services company, and cooperating with shipping companies to bring down delivery times that used to vary from two to five days, by offering more frequent deliveries, said The Nikkei on Tuesday June 14.

Once the new system is up and running, inventory will not increase, and product prices or shipping charges will not be affected.

The new delivery system will be implemented at distribution facilities in Tokyo and other major cities across the nation, including Sapporo in the north, Sendai in the east, and Nagoya in the center.

UNIQLO also plans to operate new distribution centers in China, Europe, and North America one after the other in order to shorten delivery times.

UNIQLO’s online stores will be refreshed as well for easier customer access. Online sales currently account for only 5 percent of UNIQLO’s total sales, and the company is planning on increasing the amount to at least 30 percent in three to five years.

The Nikkei said that this delivery service reform is due to the fact that the e-commerce market is growing faster than ever.

According to a study conducted by the Ministry of Economy, Trade, and Industry in Japan, the e-commerce market was 12.8 trillion yen (141.5 trillion won) in 2014, and growing at around 10 percent every year.

As such, Amazon, DHL of Germany, and Rakuten of Japan  are all investing in delivery systems using drones to compete in the “delivery speed race”.