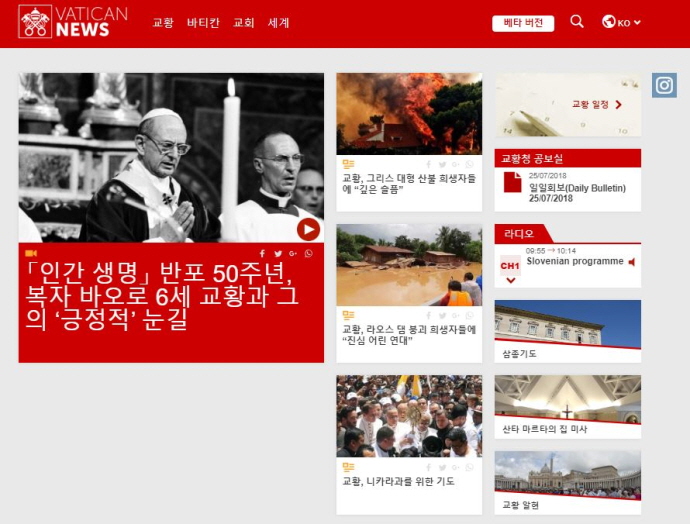 SEOUL, Jul. 30 (Korea Bizwire) — Religious followers of the Catholic Church in South Korea will now be able to tune into the Pope’s teachings in their mother tongue.

The Roman Catholic Archdiocese of Seoul revealed today that Korean language service has been included on the Vatican’s official website, which conveys the teachings of the Pope in addition to the latest news of the Vatican and the local scene.

With the new addition of Korean among the 33 languages including Italian and English offered on the Vatican’s website, the Archdiocese of Seoul says that Koreans will be able to access the website with more convenience.

At present, 80 percent of all original Italian texts on the website have been translated into Korean.