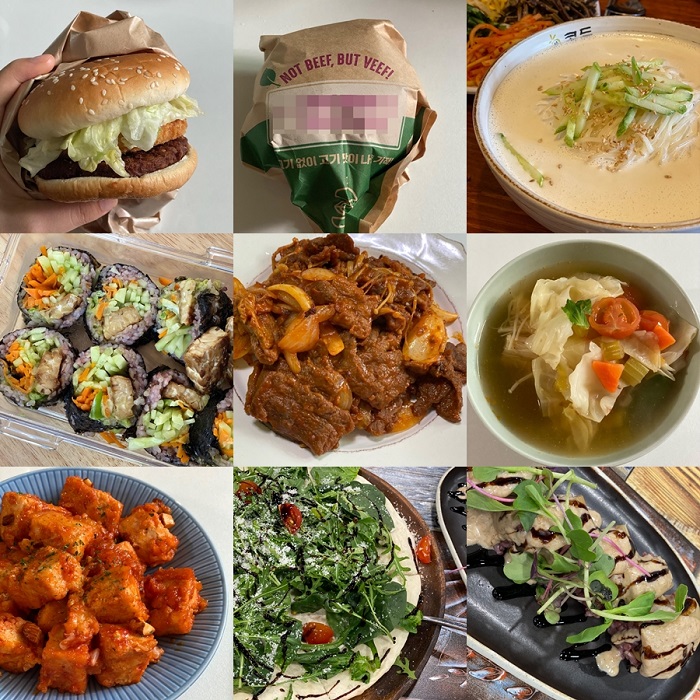 Vegan enthusiasts take photos of their vegan lifestyle and post them on social media to share with others, as part of their efforts to promote veganism across the meat-eating population.

“I was glad to see so many people asking me to recommend vegan meals and other vegan products,” said Lee Ji-min, a 24 year-old college student and a member of her school’s vegan club.

The keywords that describe veganism spreading across the MZ generation are ‘ethics’ and ‘environment’.

Those who emphasize ethics protest the unsanitary, cruel livestock environment, and practice veganism as an expression of will to protect life.

Recently, more people are taking up vegan practices to protect the natural environment as meat consumption is closely linked to climate change. 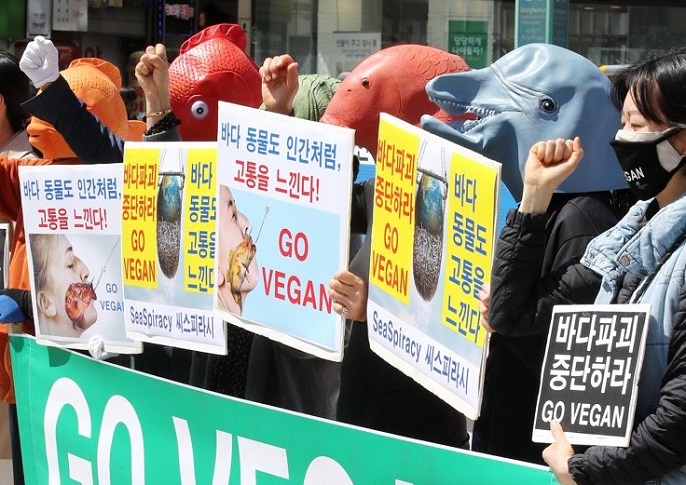 A group of vegans wearing masks of fish rallies in Seoul on April 14, 2021, calling for people to go vegan as part of efforts to improve their health and the marine environment. (Yonhap)

Vegan practices, however, often run into stereotypes and other difficulties.

“Some people believe that vegan practices deprive people of the joy of life or even health,” said Kim Yu-kyeong, a 28 year-old office worker who is a pescetarian, a vegetarian whose only consumption of meat is fish and seafood.

Experts claim that an increasing number of people from the MZ generation are being convinced that meat consumption will take a toll on human life, and are accepting veganism to overcome such danger.

“The MZ generation have deep interest in animal welfare, the environment, and other values that the previous generation did not have,” said Lee Young-ae, a consumer science professor at Incheon National University.

“They’ve chosen veganism as part of their way to express their values.”