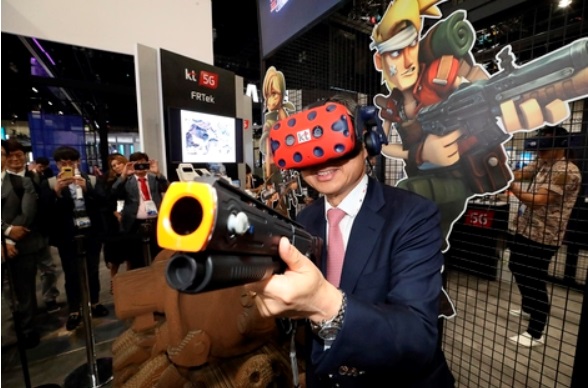 LOS ANGELES, Sept. 12 (Korea Bizwire) --KT Corp., South Korea’s leading wireless and fixed-line services provider, will launch a virtual reality service on Internet protocol television by the end of the year, its CEO said Wednesday, in a move to boost its presence in the growing business.

Hwang Chang-gyu made the announcement in a meeting with reporters in Los Angeles, where the Mobile World Congress Americas is under way. He said KT has years of experience in providing virtual reality content.’

In South Korea, the number of subscribers of IPTV services has surpassed more than 14 million since the service was launched in 2008.

Hwang also said KT plans to start commercial operations of its fifth-generation mobile network in the first quarter of next year.

KT offered a trial service of its 5G service for the first time in the world during the PyeongChang Winter Olympics earlier this year, allowing athletes and visitors to experience data transmission speeds 40-50 times faster than the existing 4G network or long-term evolution.

The looming service is expected to open a wide range of new business opportunities, such as autonomous diving and a national anti-disaster system.

Hwang also said he met with Elon Musk, co-founder and CEO at Tesla, for about 30 minutes on the 5G network, which he said is essential for self-driving technology. He did not provide details on the meeting.