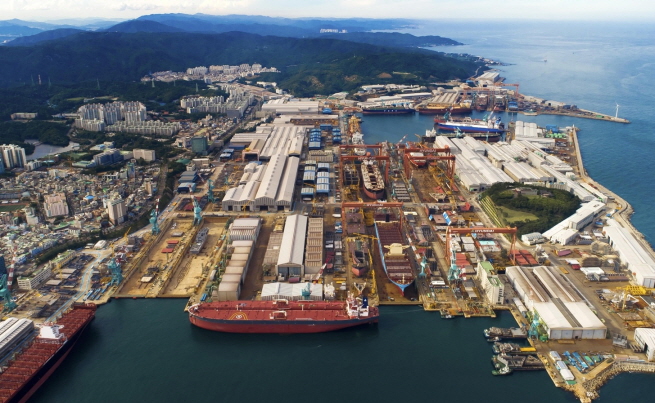 SEOUL, May 28 (Korea Bizwire) — South Korean shipbuilders are expected to suffer setbacks in the second half of this year due to weak orders triggered by the coronavirus pandemic and low oil prices, market watchers have said.

The data from global market researcher Clarkson Research Service showed that the combined new orders won by global shipbuilders fell 61.6 percent to 3.82 million compensated gross tons (CGTs) in the first four months of the year compared with the same period a year ago.

As of March, South Korean shipbuilders have one to two years worth of order backlogs, which amount to 21.1 million CGTs.

“The investment recommendation should be lowered to neutral from positive due to the coronavirus lockdown and a fall in global oil prices,” Jung Dong-ik, an analyst at KB Securities Co., said in a recent report.

Dubai crude, South Korea’s benchmark, nosedived 68 percent in the January-April period from $64.32 a barrel to $20.39 a barrel.

There were no new orders for offshore plants in the global market due to low oil prices, he added.

Offshore plants are used for the exploration, drilling and production of oil and gas. 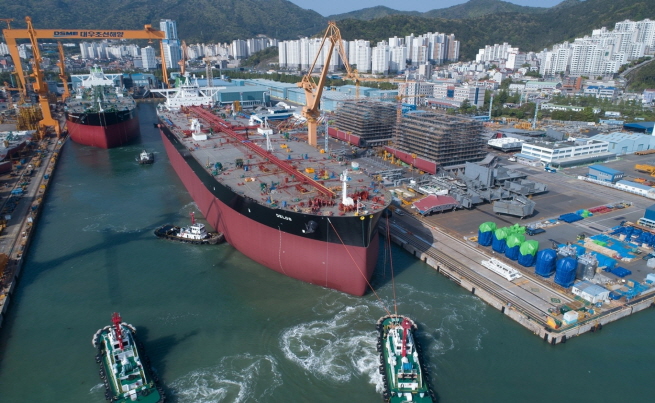 Um Kyong-a, another analyst at Shinyoung Securities Co., said in a recent report, “I retain the investment ratings for South Korean shipbuilders at neutral, as a lack of new orders is expected to have an impact on the shipbuilding sector.”

In early April, the Clarkson Research Service revised down this year’s projections for global new orders for ships by 45 percent from the previous 71.3 million CGTs to 39.1 million CGTs.

Amid lackluster new orders, the leading local shipbuilders have been seeking to win orders for liquefied natural gas (LNG) carriers from Qatar and Russia in the near future.

Worsened business conditions in the shipbuilding sector have deepened conflict between the labor union and management during wage negotiations.

In a bid to bolster the sputtering shipbuilding sector, the South Korean government said last month it will spare no efforts to help local shipbuilders.