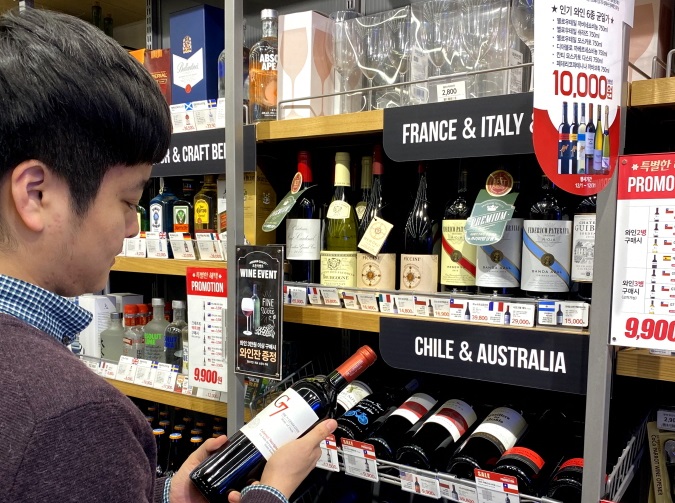 SEOUL, Dec. 23 (Korea Bizwire) — Wine sales accounted for a large portion of the liquor sold in the retail industry this year.

Wine accounted for the largest portion of sales, surpassing that of local and imported liquor, for the first time, as Emart Inc., South Korea’s largest hypermarket chain, concluded its liquor sales from January to December 19 this year.

Wine sales have grown since the early 2000s, but the trend was reversed in 2016 and 2017, when beer became more popular. Now the trend has reversed once again with wine at the forefront.

Emart said, “Low priced wines and mid-priced wines are appearing in the market, and consumers who have been flocking to imported beer seem to be bringing wine back into the cart.”