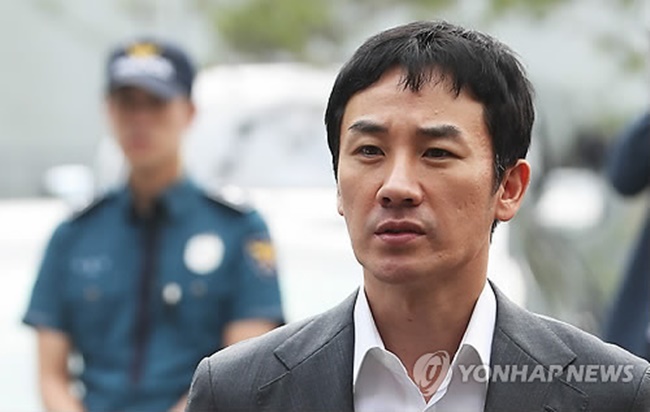 In this file photo taken on Sept. 1, 2016, actor Uhm Tae-woong arrives at a police station in Seongnam, south of Seoul, to undergo questioning over a sexual assault allegation raised against him. The woman who brought the case was convicted of false accusation on April 28, 2017. (Image: Yonhap)

SEONGNAM, South Korea, April 28 (Korea Bizwire) – A district court sentenced a woman to two and a half years in prison Friday for falsely accusing a South Korean actor of raping her last year.

The Seongnam branch of Suwon District Court convicted the woman, identified only by her last name Kwon, of false accusation and blackmail for the charges she pressed against Uhm Tae-woong in July.

Kwon, 36, claimed that Uhm raped her at a massage parlor where she worked in Seongnam, south of Seoul, in January.

Prosecutors, however, concluded that Kwon filed the false accusation to gain financial benefits. The defendant was serving a prison term for a separate fraud case when she filed the suit against him.

Uhm was summarily indicted for prostitution, not rape, in November.

Kwon set up a camera inside the parlor and attempted to videotape and record the situation, according to prosecutors. She is accused of demanding 150 million won (US$131,800) from Uhm based on the recording.

The court said there were no signs of physical assault or threats in the recorded evidence.

“The defendant has vastly damaged a renowned celebrity’s image and inflicted mental suffering, but has not shown any sign of remorse,” the court said. “She did not show efforts to compensate for the damage done to him.”

The owner of the massage shop, surnamed Shin, was also sentenced to two years in prison, suspended for five years, for arranging prostitution and collaborating with Kwon to blackmail Uhm.