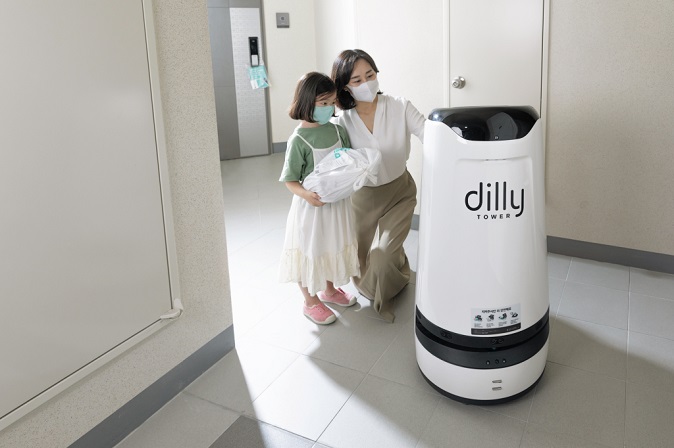 If a resident places an order via food delivery app Baedal Minjok, the delivery person loads the items onto the Dilly Tower in the lobby.

The robot then opens the main door via wireless communication, hails the elevator, and even inputs the destination floor.

Arriving at the doorstep, the robot calls and sends a text message to the recipient. The recipient then can receive the delivery by typing in their phone number.

“Dilly Tower will save time for both customers and delivery staff,” Woowa Brothers said.

The company plans to expand the service to other apartment complexes and office buildings in the Seoul area.