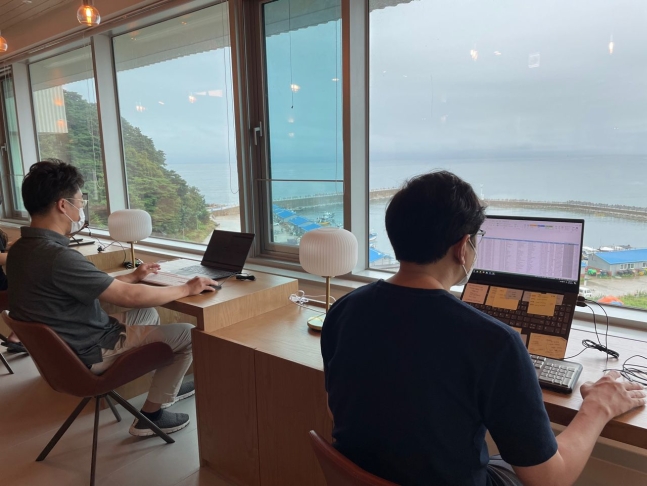 SEOUL, Jan. 14 (Korea Bizwire) — So-called ‘workations’, in which many fintech employees work as they rest, are expanding in response to rising demand for a working environment that caters to contactless business practices in the pandemic era.

The company sent seven employees there on a two-week pilot program, after which the participants gave a score of 7 out of 10 points in terms of satisfaction.

Fintech startup Finda is also preparing to introduce a similar program. Unlike Viva Republica, however, the company has not designated a specific location for employees to stay in.

As long as there is an internet connection and a space for employees to communicate, they can go on ‘workations’ at home, hotels, or anywhere they want.

Major South Korean insurer Hanwha Life Insurance Co. introduced the ‘Remote Workplace’ in July last year, setting up a working environment in a hotel located in Yangyang, Gangwon Province that looks out over the sea.

It is the company’s intent for employees to come up with creative ideas as they are free from the constraints present at company headquarters.