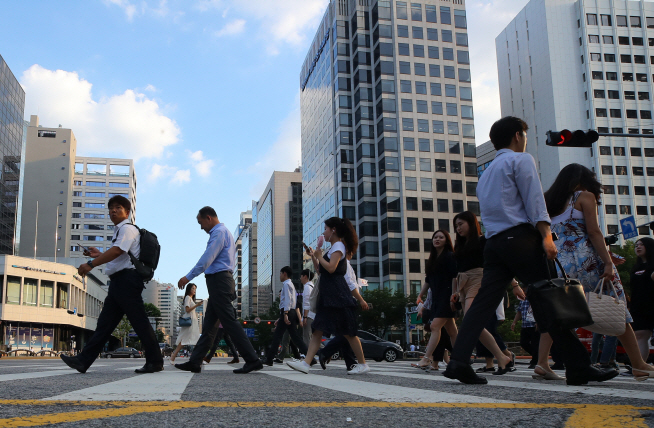 SEOUL, May 3 (Korea Bizwire) — While people are happier if they can earn more by working longer, the level of happiness stops rising after reaching a certain level of income, even if longer working hours results in a higher income, a recent study revealed.

The Korea Institute for Health and Social Affairs conducted a nationwide survey of 3,636 people with earned income, which showed that wage workers who do not have the liberty of flexible working hours are most happy when they earn around 6 million won (US$4,730) each month.

Working longer to earn past the 6 million won hurdle, however, only undermines the level of happiness.

Non-wage workers capable of setting their working hours as they please were most happy when they earned 14.8 million won each month.

Looking at the level of happiness sorted by weekly working hours, those who work more or less 40 hours per week tended to be most happy, regardless of the type of work.

Those who work an average of 80 hours per week tended to be least happy, regardless of the amount of income.