SEOUL, June 17 (Korea Bizwire) — A demonstration team from the World Taekwondo Federation (WTF) made an appearance on the popular U.S. talent competition show “America’s Got Talent,” winning the Golden Buzzer and qualifying for the quarter-finals.

The performance by a taekwondo demonstration team from the WTF, recorded at the Pasadena Civic Auditorium in Pasadena, California in April, aired across the U.S. Wednesday on American television network NBC.

The demonstration team won a Golden Buzzer at “Italia’s Got Talent,” the Italian version of the international Got Talent series, in January of last year, qualifying for the finals.

The team was invited to “America’s Got Talent” after producers were shown footage of the team’s performances in Italy. 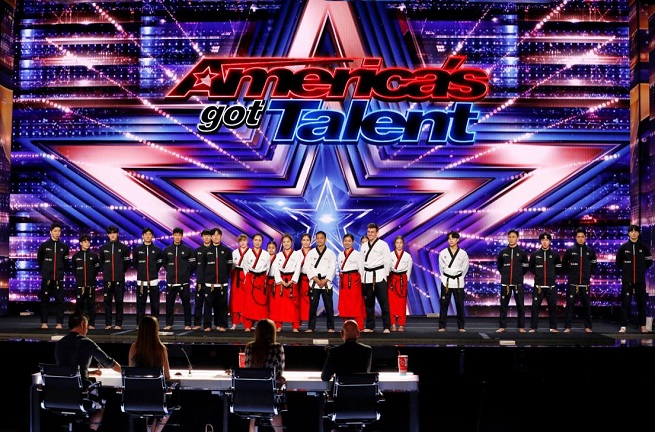 A total of 22 members of the demonstration team, including six Americans, showed off their synchronized moves, powerful flips and kicks for 3 minutes and 30 seconds.

Panelists Simon Cowell, Sofia Vergara, Heidi Klum, and Howie Mandel were amazed by the performance, giving a standing ovation as soon as it ended.

The quarter-finals will be broadcasted live in August. The finals are scheduled for September. 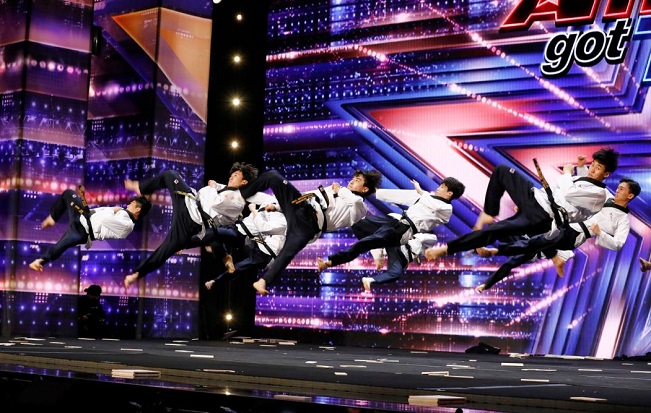