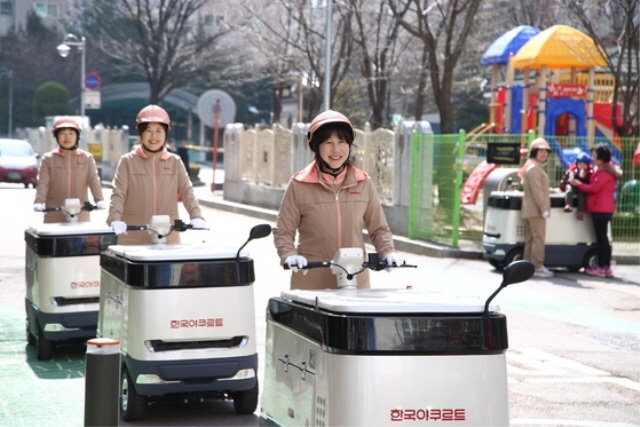 SEOUL, Oct. 29 (Korea Bizwire) — The delivery in the midst of its heyday, with so-called ‘Yakult women’ now delivering kimchi and meat, and convenience stores providing parcel and laundry services.

Yakult (Japanese yogurt drink) delivery personnel are famous for going from house to house with their Yakult delivery carts.

These days, however, their frozen carts carry cosmetics, kimchi and raw meat in addition to Yakult.

Korea Yakult Co. is actively utilizing its solid distribution network, in which 11,000 people visit an average of 160 households per person, for product sales.

In just two years, where the company carried out a strategic plan to diversify, the product range has expanded to 200.

As Yakult delivery personnel jumped into the delivery market using electric carts, some say that they have emerged as a dark horse in the fresh food delivery market.

In other words, the company is determined to aggressively target the fresh food delivery market.

Earlier this month, the company revamped its mobile app for “Hyfresh,” an online mall for fresh food. Through the restructuring, the company has expanded to secure a large number of additional offerings.

Another strength of the Hyfresh delivery network is that the so called ‘fresh managers’, not official delivery workers, deliver the items.

The electric cart, introduced in 2014, will replace cold-chain vehicles as it has refrigeration equipment. 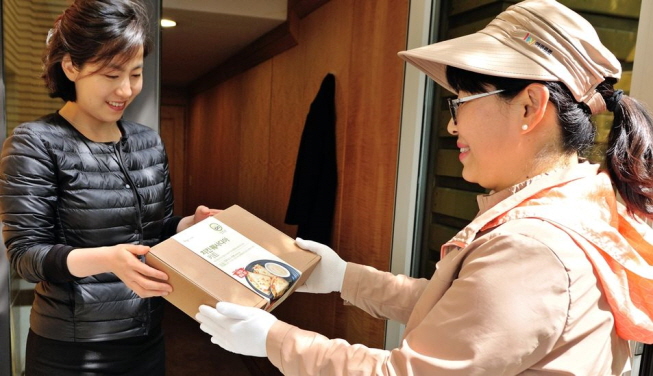 Including Korea Yakult’s own products, the number of items on electric carts increased by 212. (image: Korea Yakult Co.)

Furthermore, the company also has many logistics centers, which are necessary for fresh food delivery.

Korea Yakult Co. already conducted delivery tests in 2017 under its EatsOn brand, which delivers its own-made fresh food products such as meal kits and side dishes.

Since the method was successful, other companies have been asking Korea Yakult to sell their products as well.

Currently, there are 50 products from other companies on offer. Including Korea Yakult’s own products, the number of items on electric carts increased by 212.

Some of the items overlap with those handled by Market Kurly, Coupang Fresh, SSG.com and Hello Nature, the main players in the fresh food delivery market.

Korea Yakult plans to establish a 24-hour delivery system to establish a presence in the growing market. Starting from September 7, the company introduced a night delivery service called Hyfresh Go, delivering products from 6 p.m. to 11 p.m.

Another seismic shift is expected in the South Korean delivery market.