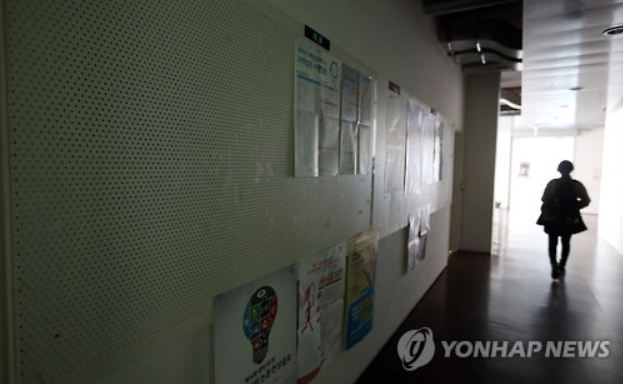 The local job market gets worse, young jobseekers are facing a dwindling number of job opportunities. (Image courtesy of Yonhap)

SEOUL, Feb. 13 (Korea Bizwire) – Korea’s youth unemployment rate is skyrocketing to unprecedented levels, and the unemployment rate for workers between the ages of 15 to 24 has surpassed that of the U.S. for the first time in 16 years.

According to the OECD (The Organization for Economic Cooperation and Development) statistics released on February 12, youth unemployment between the ages of 15 to 24 increased by 0.2 percent to 10.7 percent year on year.

This is a record high unemployment rate in the 16 years since 2000, when unemployment came in at 10.8 percent, and the first time that youth unemployment in Korea surpasses that of the U.S. over the same period.

Experts say that the global economic recession is a worldwide phenomenon, but Korea’s rigid labor market has dealt a heavy blow to youth employment.
The recent Choi Soon-sil scandal and other political uneasiness has led to uncertainty, making companies reluctant to hire new employees, a direct hit to young jobseekers.

The OECD’s youth unemployment rate refers to those in the age group between 15 and 24, a smaller range than that of Korea’s National Statistical Office, which uses the group from 15 to 29. The Korean rate has been adjusted to the special circumstances of Korean  20-somethings, who typically get a job once they graduate from college and finish their military service.