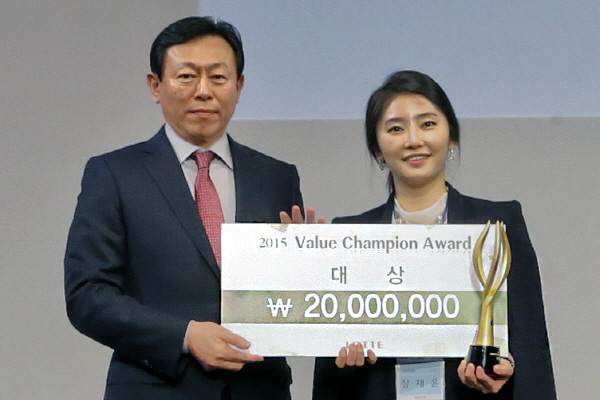 SEOUL, Apr. 28 (Korea Bizwire) — A young Seven Eleven employee in her twenties has been awarded 20 million won for coming up with a brilliant idea for a product.

Jang was recognized her contribution to Seven Eleven’s ‘Milk Shaved Ice Seol’ hit product, which was the no.1 selling ice cream at Seven Eleven last year. As the market for convenience store shaved ice goods was 7 times greater in 2013 than 2012, Jang hatched a plan to enlarge Seven Eleven’s ice cream plant facilities.

Shin’s goal in establishing the forum was to have it act as a base for implementing agile HR management in Lotte Group. He said that efforts to respond to demand quickly and flexibly should be appreciated, even though some trials might result in failure.

It appears that Jang has been recognized for her swift move to grasp a new opportunity, helping Seven Eleven establish a presence in the shaved ice market for convenience store chains.