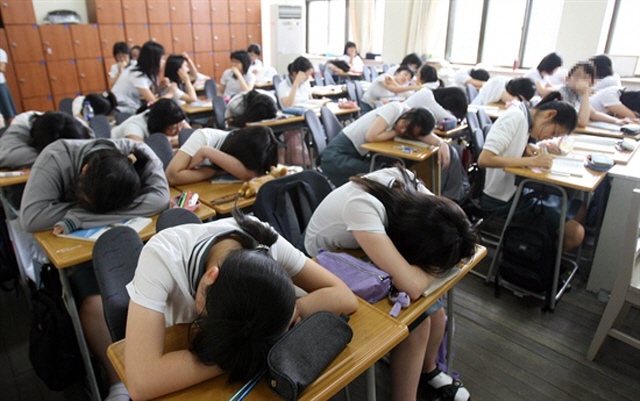 The ratio of young students in the deficient category has also shown year-on-year increases in other subjects, except for the Korean language. (Yonhap)

According to the report issued by the Ministry of Education, more than one in 10 middle and high school students failed to meet the basic academic standards in mathematics as of last year.

It is the first time in a decade that the ratio of secondary school students belonging to deficient groups in math has topped the 10 percent mark, ministry officials said.

The ratio of young students in the deficient category has also shown year-on-year increases in other subjects, except for the Korean language, they said.

In Korean, the rates were 4.4 percent for middle schoolers and 3.4 percent for high schoolers last year, compared with the previous year’s figures of 2.6 percent and 5 percent.

The report was compiled from a sampling of 13,000 middle school seniors and 13,000 high school second-grade students nationwide last June.

The education ministry said it was still looking into the cause of the deteriorating academic abilities of students, explaining the poor records in recent years may be a result of changed methods of evaluation.