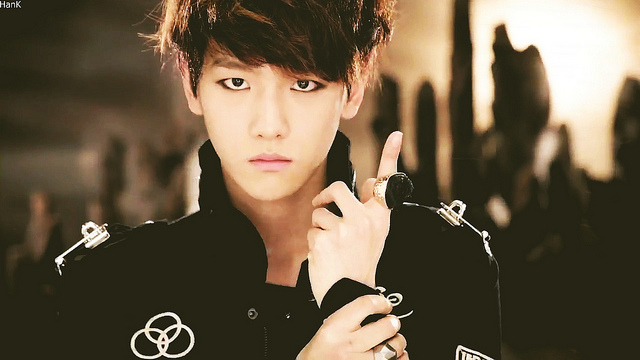 Baekhyun Forest has been brought by “Star Forest Project” which is carried out by Tree Planet and supporters of stars. (image: Hank Precious/flickr)

SEOUL, May 8 (Korea Bizwire) – K-pop fans used to give their beloved stars fan letters and stuffed toys, but nowadays they give “the woods.”

On May 6, Tree Planet, a social enterprise which plants trees, announced that a forest has been created in Gangnam to be named after Baekhyun, a member of K-pop boy band EXO. Baekhyun Forest has been brought by “Star Forest Project” which is carried out by Tree Planet and supporters of stars. The “Star Forest Project” is a green campaign in which fans raise funds to make a forest in the name of a star they adore.

The “Baekhyun Forest Project” was initiated as managing staff at Baekhyun’s 12 fan clubs were united to form a “Baekhyun Alliance” to celebrate the singer’s birthday. The alliance has conducted fund-raising campaigns to plant trees including Japanese maples, Conica spruces, bridal wreaths and Syringa dilatatas in Neulbeot Neighborhood Park in Gangnam district. The landscaping work for the Baekhyun Forest was completed in time of the star’s birthday on May 6.

Neulbeot Neighborhood Park’s Beakhyun forest will provide an outdoor resting place for not only EXO fans but also the local folks. The fans who have participated in the project said, “It was a meaningful way to mark the star’s birthday and hope the forest is often visited by the villagers to recharge their batteries.” 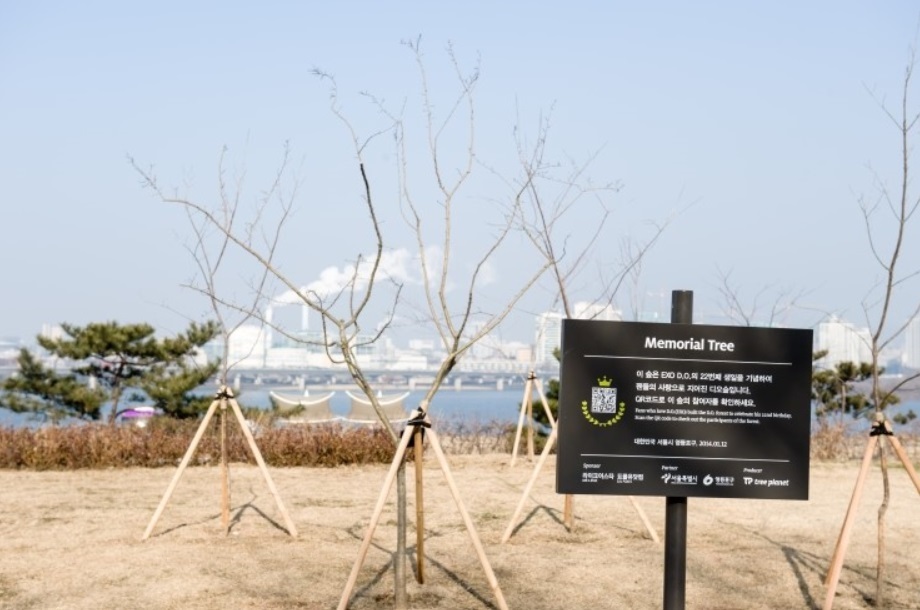 Memorial Tree for DIO, Another Member of EXO (image: TreePlanet)

Tree Planet CEO Kim Hyung-soo said, “We appreciate all the efforts of EXO fans, and we will do our best to plant more trees from now on to make progress in solving the problems of air pollution.”

Tree Planet has created forests for stars such as 2NE1, Shinhwa, Roy Kim, Girls’ Generation, TVXQ and Infinite and they are planting trees all over the world by servicing a smartphone game “Tree Planet” which plants an actual tree if a virtual tree is cultivated by a user.

Tree Planet, so far, has planted 460,000 trees in 33 forests in eight different countries which in total can absorb 878 tons of carbon dioxide and has an annual economic value of 1.1 billion won.