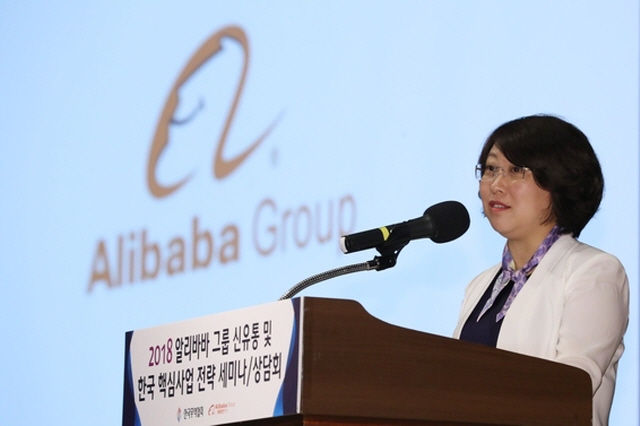 “Alibaba Group’s long-standing passion is to help companies expand their business across borders and thrive in new markets,” Angel Zhao, Vice President of Alibaba Group, said during a business briefing session in Seoul.

South Korea’s beauty industry, among others, has shown remarkable presence in the Chinese market, Alibaba officials said. They forecast that local brands could attain a greater market share with sophisticated products down the road.

The Chinese government earlier announced it will import US$8 trillion worth of products in the next five years.

Over 1,000 representatives from local small and medium-sized enterprises (SMEs) across various industry sectors attended the event, co-organized by the Korea International Trade Association, the company said.