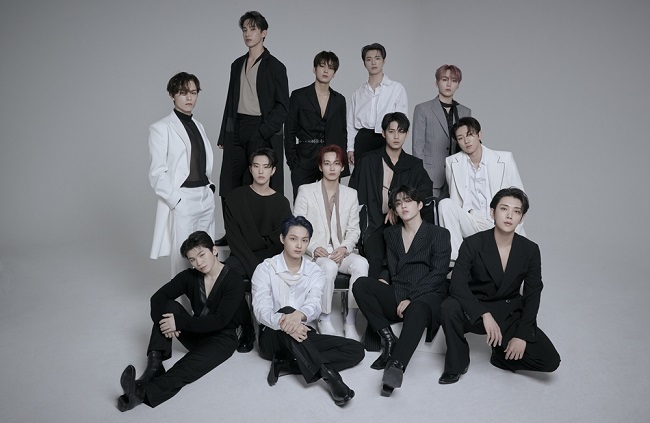 SEOUL, July 19 (Korea Bizwire) — All 13 members of K-pop boy band Seventeen have agreed to renew contracts with their agency before expiry, the group’s agency said Monday.

“While the existing contract is yet to expire, all 13 members of Seventeen and the company held in-depth discussions on the group’s future plans and reached a consensus to renew the contract in advance,” Pledis Entertainment said in a statement.

Seventeen was quoted as saying that its 13 members all agreed to “stay together (based on) faith for each other and solid teamwork built over the years,” pledging to give their best as “one team.”

The 13-piece act, which debuted in May 2015, is one of the most popular boy bands in the K-pop scene.

All four of the group’s latest releases have become million-selling albums, and its eighth EP “Your Choice” landed at No. 15 on the Billboard 200 in the group’s first Billboard chart feat.

The group, whose agency was acquired by K-pop powerhouse Hybe last year, has been moving to heighten its global presence by appearing on popular American talk shows lately.