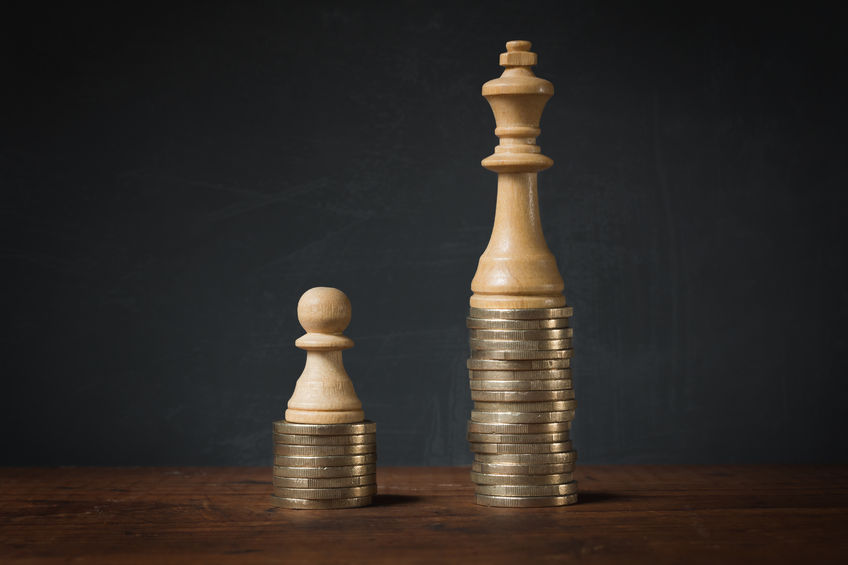 According to a survey conducted by Gallup Korea on 1,001 adults for three days between September 23 and 25, 56 percent said Korea’s income gap problem is “very serious” while 30 percent responded “somewhat serious.” (image: Kobizmedia/Korea Bizwire)

According to a survey conducted by Gallup Korea on 1,001 adults for three days between September 23 and 25, 56 percent said Korea’s income gap problem is “very serious” while 30 percent responded “somewhat serious.” In contrast, the ratio of people who said “not at all” was 12 percent, with the remaining 2 percent saying “I don’t know.”

SEE ALSO: More Korean Working Men and Women Unable to Get Home in Time for Dinner…Survey

SEE ALSO: Seoul City Gov’t to Pay “Livelihood Wage” of 6,582 Won an Hour from Next Year

SEE ALSO: Single-person Household Pays Much for Purchasing Lottery than Others

In the previous surveys held in 1985 and 1999, the share of people who think the gap between the rich and the poor is seriously large was 85 percent (based on 1,205 respondents) and 93 percent (1,557), respectively. It implies that the perception toward the income difference has not changed a lot for the past three decades.

As for the question of the main reasons for poverty, 65 percent said, “It doesn’t matter how hard you work,” followed by “Poverty is largely because of lack of effort,” which comprised 35 percent of answers. In the 1990 survey, the percentage for each of the answers was 52 percent and 38 percent, which means that more people believe now poverty is due to social factors than individual responsibility.

The opinion poll was conducted on 1,001 mobile phone service subscribers who are 19 years of age or older residing in all regions of Korea.