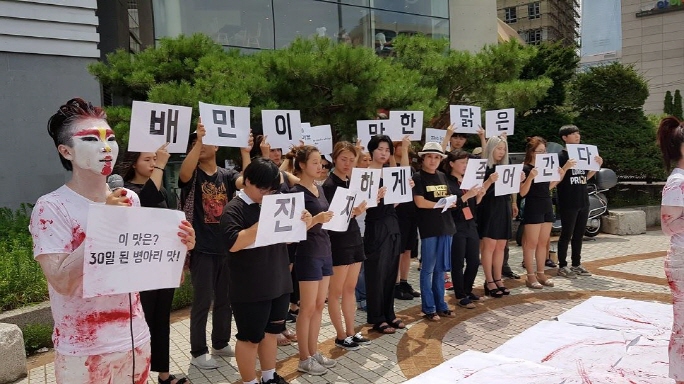 SEOUL, Jul. 26 (Korea Bizwire) — Animal activists who on Sunday crashed the venue of an ongoing “chicken certification event” held by Woowa Brothers, operators of a delivery service app, held a demonstration in front of the company’s head office in Songpa-gu, Seoul, yesterday, pressing the company to stop “making fun of the deaths of animals.”

On July 22, activists held an ambush demonstration at the site of “the 2nd chicken expert certification contest” in which applicants who had passed written and skill tests on their cooked chicken distinguishing skills received certificates.

This was the second year that the event has been held.

Animals activists claim that chicken is already being overconsumed, which has led to factory poultry farms and rampant bird flu outbreaks.

“Woowa Brothers are making light of the situation by turning the lives of animals into the object of fun,” said the activists.

The activists acknowledged that that their surprise demonstration at the event may have not have been exactly legal, but claimed it was non-violent and inevitable.

Meanwhile, the activists held an outdoor performance after the demonstration yesterday dressed up as chicken, bleeding and collapsing to the ground. 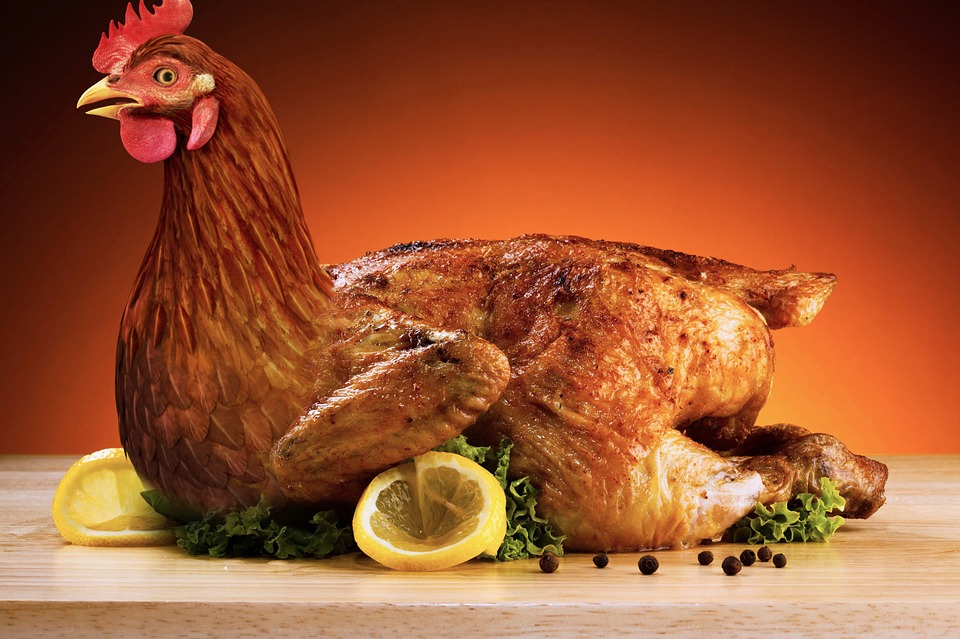 Animals activists claim that chicken is already being overconsumed, which has led to factory poultry farms and rampant bird flu outbreaks. (Image courtesy of Pixabay)