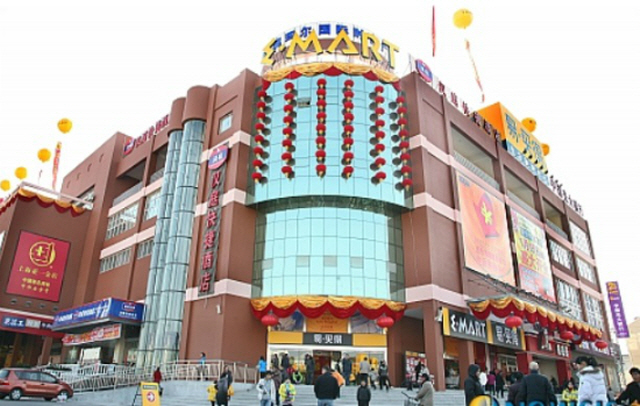 SEOUL, May 4 (Korea Bizwire) – E-Mart Inc., South Korea’s largest discount outlet chain by revenue, is closing down its business in China two decades after it first entered the country, the company said Tuesday, as widening losses and worsening business conditions stemming from a diplomatic standoff have left the company with little leeway for a turnaround.

E-Mart currently has six stores in Asia’s biggest economy, following moves to downsize operations from 2011 onward. It plans to wrap up its business by selling the remaining stores that are mostly located in Shanghai and on the outskirts of the city, over the coming months, an official from the outlet chain said, declining to be identified.

The outlet operator, a key affiliate of South Korean retail conglomerate Shinsegae Co., tapped China in 1997 as part of an aggressive drive for foreign expansion with an aim to set up 1,000 E-Mart stores in the neighboring market.

It had expanded to as many as 26 stores by the end of 2010, only to end up with cumulative losses of around 100 billion won (US$88.3 million) in 2011 alone. The aggregate amount of operating losses from its Chinese businesses stood at around 150 billion won as of end-2016, even after scaling down its presence, with a net loss of 21.6 billion won.

“We’re looking at a complete closure by the end of this year, given that we reached a compromise on the issues with staff employment and the lease,” the official said.

Market watchers cited the failure to localize the stores and its brand in China as the main reason for the withdrawal. As a retailer, E-Mart probably had difficulties in procuring the right products from the right vendors as China is notorious for alienating and discriminating against foreigners when it comes to business, they said.

Continuing jitters from China’s hostile policies on Korean companies after Seoul’s deployment of a U.S. anti-missile system, known as THAAD, have given little hope for the retailer to withstand more setbacks, they added.

“It will be a long time before any Korean retailer decides to tap into China again, since E-Mart and Lotte have suffered such pain,” an industry watcher said.

Lotte Mart, the discount outlet chain of Lotte Group, has been forced to temporarily shut down most of its 99 stores based in China since early this year following orders from Beijing authorities.