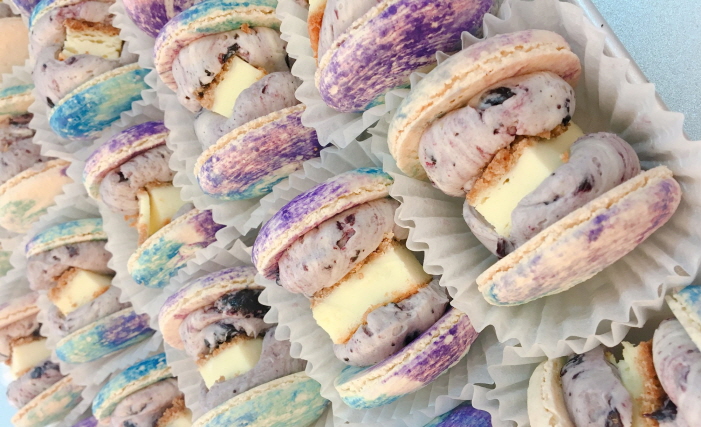 Fat macarons are an invention of Korean culture where external appearance is more valued than flavor. (image: Seoul Dessert Fair)

Instead of a thin layer of filling between the two shells, fat macarons are filled with heavy fillings.

Fat macarons are becoming very popular on social networking services such as Instagram, where people post pictures of themselves holding heavily filled macarons.

Recently, other types of macarons have been launched, such as ones with whole strawberries or cookies. It seems that the macaron transformation will never end.

However, are fat macarons an abnormal transformation?

While the treats are becoming wildly popular among many people, some criticize them for being a deformation.

The main reason for such criticism is that it hurts the nature of the macaron.

For these people, macarons should have the crispness and stickiness of the coque (shell), and overstuffed fillings have changed the nature of the macaron.

On the other hand, some people say that fat macarons show a unique aspect of Korean food culture. Food has become a major focus for taking pictures and displaying one’s life on social networking sites. 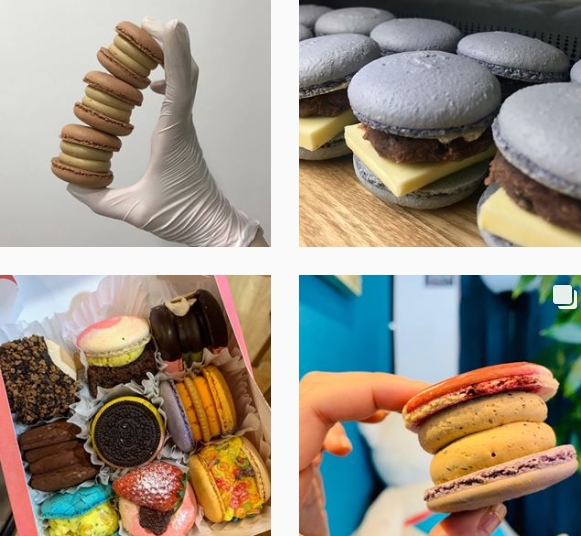 Fat macarons are an invention of Korean culture where external appearance is more valued than flavor.

Some also analyzed the creation of fat macarons as related to the tendency of young people to seek cheaper products or better value.

Macarons are expensive because they contain expensive ingredients. Desserts such as chocolate and macarons are not meant to fill the stomach, but are meant to offer an enjoyable sweet taste.

Thus, fat macarons are a perfect solution for young people who wish to enjoy sweetness and at the same time spend less.

While some criticize fat macaroons, some applaud them. Unlike regular macaron from Paris, fat macaroons are a uniquely South Korean reinterpretation.

Correction: For some people, it is confusing to idenfy the difference between macaron and macaroons. In the previous text, we used macaroons, but given the expression of macaron seemed to be fitting with the main context of the article, so we changed it as macaron.

One thought on “Are ‘Fat Macarons’ Abnormal or a S. Korean Reinterpretation?”