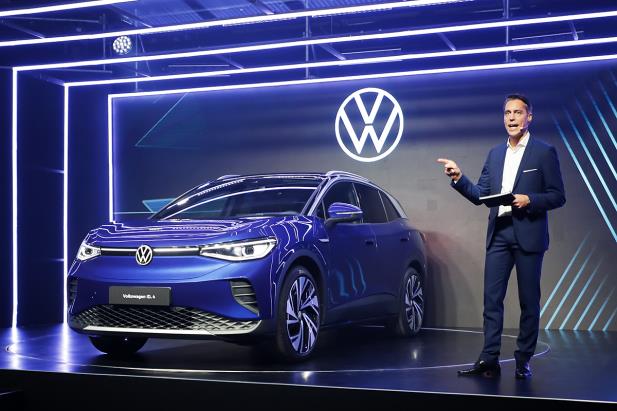 This photo taken Dec. 11, 2020, and provided by Audi Volkswagen Korea Group shows the group’s Managing Director Rene Koneberg delivering an online briefing on the company’s business plans in South Korea for the next three years.

The German carmaker launched its first pure electric e-tron SUV in July to prop up sales in the “extremely important” Korean market despite the coronavirus outbreak.

Audi Volkswagen has managed the Dieselgate emissions cheating scandal “very well” and will focus on promoting electrified models to further improve its sales in South Korea, he said.

The company expects sales to more than double to 42,000 units this year compared with last year, helped by new models, such as the Tiguan SUV and the Arteon sedan.

“This year, we launched the first electric model e-tron in Korea as the future of the auto industry will change dramatically. We will make necessary investments to continue to grow in Korea,” said Christian Dahlheim, director general in charge of sales at Volkswagen Group.

He didn’t elaborate on what investments will be made in Korea. 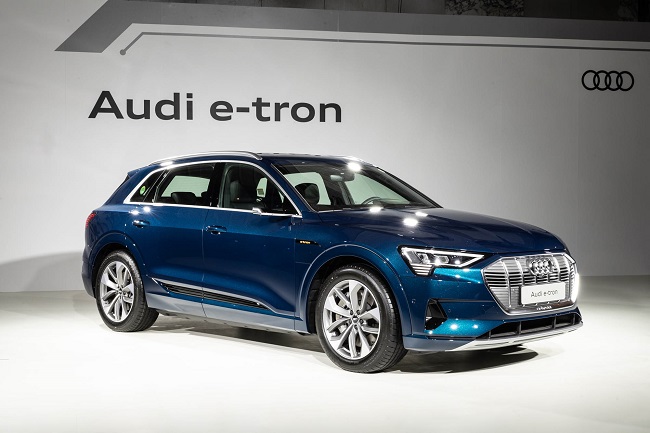 Audi Volkswagen Korea has struggled with weak sales in recent years due to the impact of the Dieselgate emissions cheating scandal that began in September 2015, when the United States discovered the German carmaker cheated on its local diesel emissions tests.

In July 2016, the group “voluntarily” stopped selling its vehicles here as the Seoul government announced it would ban the sale of all Audi and Volkswagen cars and impose heavy fines for emissions cheating.

In 2020, the four brands launched a total of 54 new and upgraded vehicles here to revive sales and they plan to launch more than 20 such models, including electrified ones, next year.

From January to November, the four brands’ sales more than doubled to 37,824 autos from 15,607 units in the same period of last year, according to the Korean Automobile Importers and Distributors Association.

The electrification strategy is in line with parent Volkswagen Group’s plan to invest US$88.7 billion in future vehicle technologies in the next five years.

The German auto group aims to launch 75 EV models by 2029 and sell 26 million EVs in global markets by the same year.