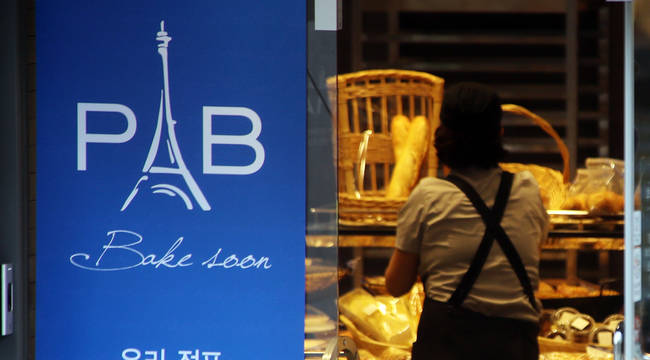 The Ministry of Labor and Employment gave South Korea’s biggest bakery franchise a correction order to hire 5,378 of its outsourced bakers and staff members on Thursday, as labor laws prohibit franchise brands from training and supervising contract workers. (Image: Yonhap)

SEOUL, Sept. 22 (Korea Bizwire) — The government’s directive for bakery chain Paris Baguette to hire over 5,000 contract employees has shaken the South Korean bakery industry to its core, with major players taking care to observe the impact of the ruling.

The Ministry of Labor and Employment gave South Korea’s biggest bakery franchise a correction order to hire 5,378 of its outsourced bakers and staff members on Thursday, as labor laws prohibit franchise brands from training and supervising contract workers.

After the bakery giant was found to have been illegally outsourcing manpower from subcontractors as a franchise business operator, which the labor ministry says is a clear violation of the law, and will be forced to either cough up the overdue overtime wages worth 11 billion won or face a penalty, other brands in the franchise bakery industry fear being subject to a similar inspection as many of them also rely heavily on subcontractors.

As many franchise owners don’t have baking skills and find it burdensome to hire bakers on their own, they often receive trained subcontractors who work closely with the franchise to share recipes and techniques and receive commission fees for their role.

However, during a government inspection, Paris Baguette was found to have intervened in the training and evaluation process of the trainee bakers, which saw the bakery giant face a fine or cough up the overdue wages to its subcontracted bakers.

Against this backdrop, other bakery franchises are rushing to defend their brand image, assuring that similar practices don’t go on behind closed doors.

“The problem with Paris Baguette was that it directly made orders to subcontracted bakers. We let subcontractors manage our bakers without our input,” an official from another major bakery franchise said.

“Though we haven’t been informed about any labor inspections, we are following the situation closely,” the official said.

The widely shared sentiment in the baking industry is that Paris Baguette won’t be able to hire all of its subcontracted bakers and is more than likely to pay a fine.

“If franchises directly hire bakers and send them to each store, it is feared franchise owners might constantly fear inspections by staff members from the head office.”