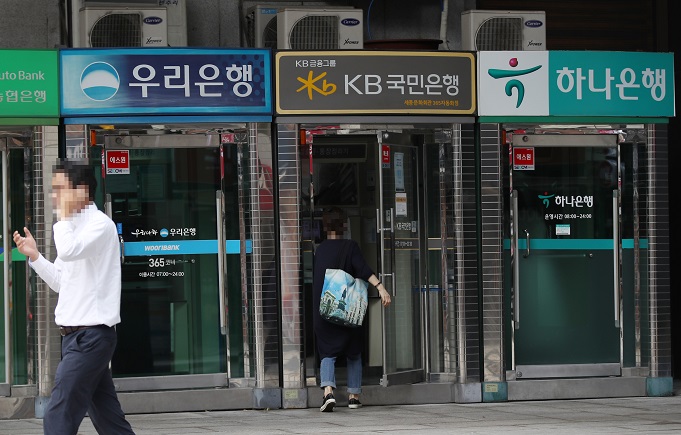 Bank automated teller machines at a building in Seoul (Yonhap)

Their strong performance is attributable to the sharp increase in interest revenue of the banks under their control.

President-elect Yoon Suk-yeol’s transition team and the FSS recently launched a project to introduce a disclosure system on loan-deposit margins, aimed at narrowing the gap between loan interest rates and deposit rates as well as checking whether domestic banks’ spread is appropriate and whether they financial institutions are colluding.