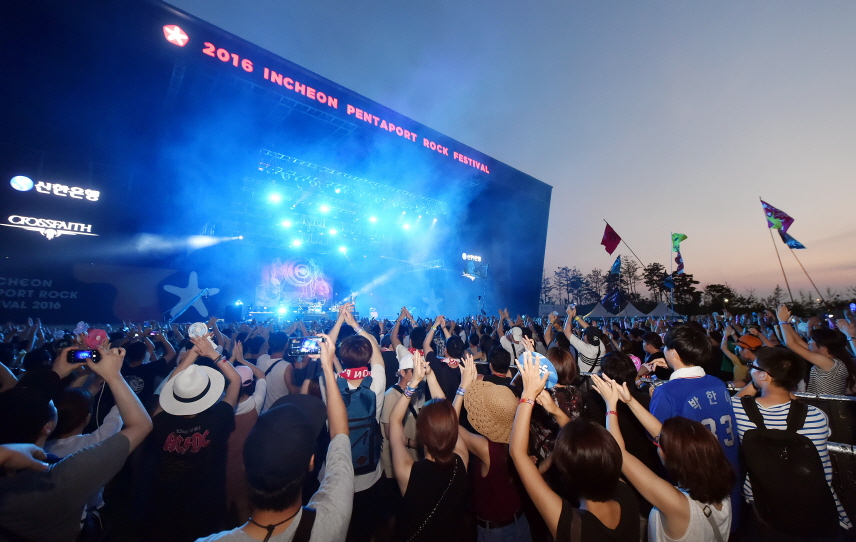 The three-day rock-electronic music blowout will be held from Friday to Sunday at the Songdo Moonlight Festival Park, also known as Pentaport Park, in Incheon, 40 kilometers west of Seoul, according to the Incheon Metropolitan City.

Korean rock bands Guckkasten and Kingston Rudieska will perform on the first day of the festival. On day two, British indie pop bands Bastille and Circa Waves, along with local acts Pia and Kiha &amp; The Faces, will take to the stage. Grammy-nominated band Justice and Australia’s 5 Seconds of Summer will appear on the final day. A total of 60 teams will perform at this year’s event.

Pentaport, now in its 12th year, is one of the biggest annual music festivals in South Korea and has brought together international and local musicians largely in the rock and electronica genres. Big names, such as The Chemical Brothers, Korn, Muse and Travis, have graced the stage in recent years.